NASSAU, Bahamas -- Viktor Hovland wrapped his putter around the throat of this tournament on Saturday, a tournament that some might dismissively deign to refer to as golf of the “hit and giggle” variety. And, yes, we can confirm that there was some of that, because every time Hovland hit a putt, the ball was going in, and, well, why wouldn’t you laugh with delight?

Hovland provided a veritable laugh track at Albany Resort in the third round of the 2022 Hero World Challenge, converting a career-high 10 birdies to fire an eight-under 64 to forge a three-stroke lead over reigning PGA Tour Player of the Year Scottie Scheffler. Seeking to successfully defend his title, Hovland sits at 13-under 203 after a masterful round on a gorgeous tropical afternoon. Scheffler had a 66 and at 206 is two clear of third place, occupied by Justin Thomas and Cameron Young.

“Just his game overall, it was clean,” said Xander Schauffele, who played with Hovland in the final pairing and felt good about his three-under 69—except when he compared it to the Norwegian’s performance.

“It was so good, I didn’t even realize it, but at one point I was like, ‘Holy sh--, this guy is eight under right now. I’m looking at the board, and I’m getting absolutely rinsed today. I played OK today, but he played so good I almost felt bad about my round.” 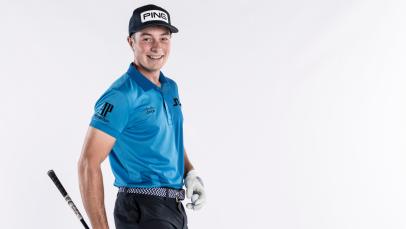 Swing Analysis
Want another 20 yards? Then copy this move in Viktor Hovland’s swing 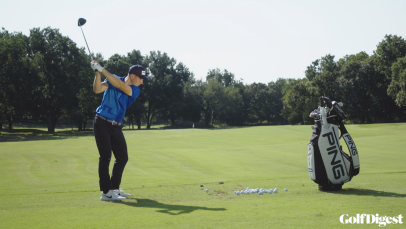 Last year, Hovland overcame a six-stroke deficit to Collin Morikawa with a final-round 66 to beat Scheffler by one stroke. This time he’ll attempt to go wire-to-wire and prevent Scheffler, No. 2 in the Official World Golf Ranking, from regaining the top spot—just as he did a year ago when Morikawa was poised to become No. 1.

“Obviously a lot can happen,” said Hovland, 25, the 12th-ranked player in the world. “When we're playing the ball down and you get some mud balls, you get one bad mud ball, lost ball and then the other guy shoots seven, eight under, you can play a pretty reasonable round of golf, shoot a couple under and still get beat. So, I have to go out there and do a lot of the same stuff I did today.”

What Hovland did on Saturday was play to his strengths, flighting the ball in the wind, which tapered off significantly compared to the first two days, and then going wild on the greens. He estimated that he needed just 24 putts—but the stat sheet says 23—the product of growing confidence as he watched the ball continually find the bottom of the cup.

Weirdly, the day didn’t start so great, but then he began reeling off one-putt greens starting at the third. Even the first of his two bogeys on the day at the par-5 sixth provided a highlight as he caught enough of the lip to see a seven-footer drop. His only other bogey came at the par-4 18th after one of the many mud balls the 20-man field encountered on the day.

He could hardly complain, though.

“I missed probably like a 10-footer on the first hole and lipped out, and I kind of thought here we go again, but after that it was a lot of putts that went in,” Hovland said. “You need that on a day like today when the winds are down and you can be a little bit more aggressive. That's the only way you can make that many birdies, so that was a lot of fun.

RELATED: Tiger Woods explains why he's been so vocal against LIV Golf 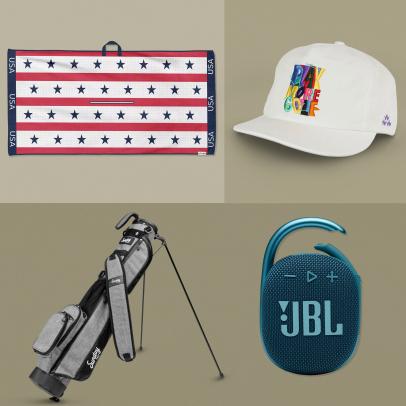 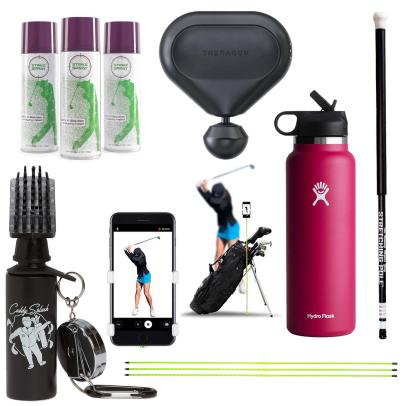 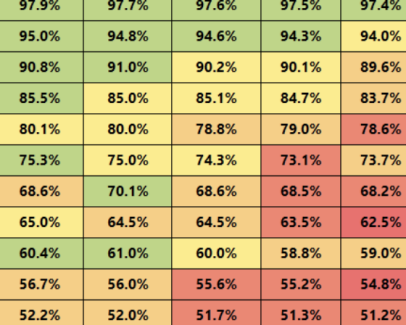 “You start missing a couple short ones, it's like, huh, ‘They're not going in, I need to kind of make this.’ But then the opposite side when I started making putts, it's like, ‘Man, I'm putting well today,’ and then you're kind of feeding off of that and … your mind just kind of looks at the hole like ‘OK, I know how to make this. You know, it's going to break this way, all I need to do is just start it on this line with this speed and it's going to go in.’ It was just kind of one of those days.”

One more of those days, and Hovland will be only the second repeat winner of his event after host Tiger Woods in 2006-07.

The best gifts for every golfer on your list

INTERACTIVE: How Tiger hits every shot

What it takes to get kicked out a private club

PODCAST: The dirty secrets of sandbaggers

Why a PGA Tour pro disappeared into the jungle

17 items you need in your golf bag