In the least surprising news ever, Jaromir Jagr is still an absolute SNIPE show at the age of 47

After playing in the NHL for 23 seasons, father time finally caught up to the legendary Jaromir Jagr last year. Just 22 games into the 2017-’18 NHL season, Jagr’s 24th as a pro, the Calgary Flames terminated his contract due to injury (and age) concerns, a necessary but unfitting end to one of the most storied careers in NHL history.

Jagr was never able to fulfill his last, seemingly unattainable goal: play in the NHL until he was 50. He’s even been quoted in the past as saying he’d play until 55 or even 60 if they’d let him. Unrealistic? Maybe, but for a guy who had 66 points in the NHL as a 43-year-old, and keeps himself in great physical shape, why not?

Staying true to his word, Jagr is still playing professionally, just not in the NHL. Now at 47-years-young, he’s back home in the Czech Repbulic, where he’s currently playing for HC Kladano. Through three games this season Jagr had three assists and no goals, but he finally got on the board in their most recent game. In vintage Jagr fashion, it was a SNIPE show:

And the Calgary Flames thought this guy still didn't have it? Fools! Sure, they may be the best team in the Western Conference this year, but you're telling me they couldn't use his veteran presence anyway? I'd take Jags in my locker room any day, mostly for the comedy, but also for the snipes. Honestly, would you be surprised if the Ottawa Senators signed him in the off-season? That GM has no clue what he's doing, so I wouldn't count out the possibility. A Sens jersey would look great in this collection, wouldn't it? 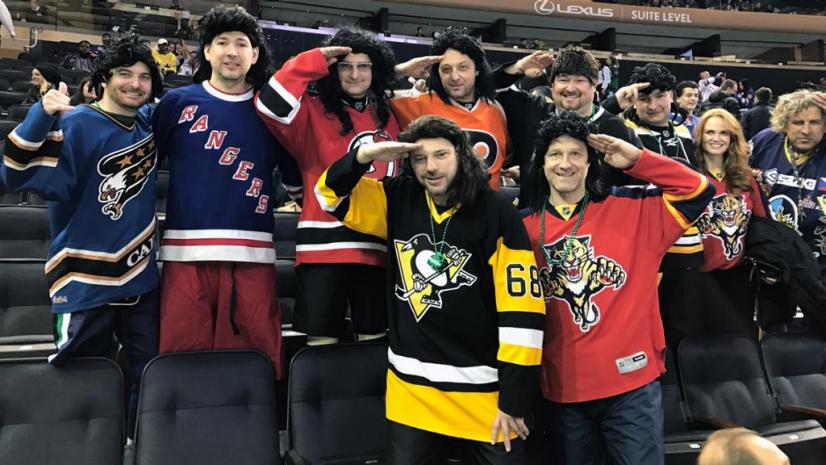