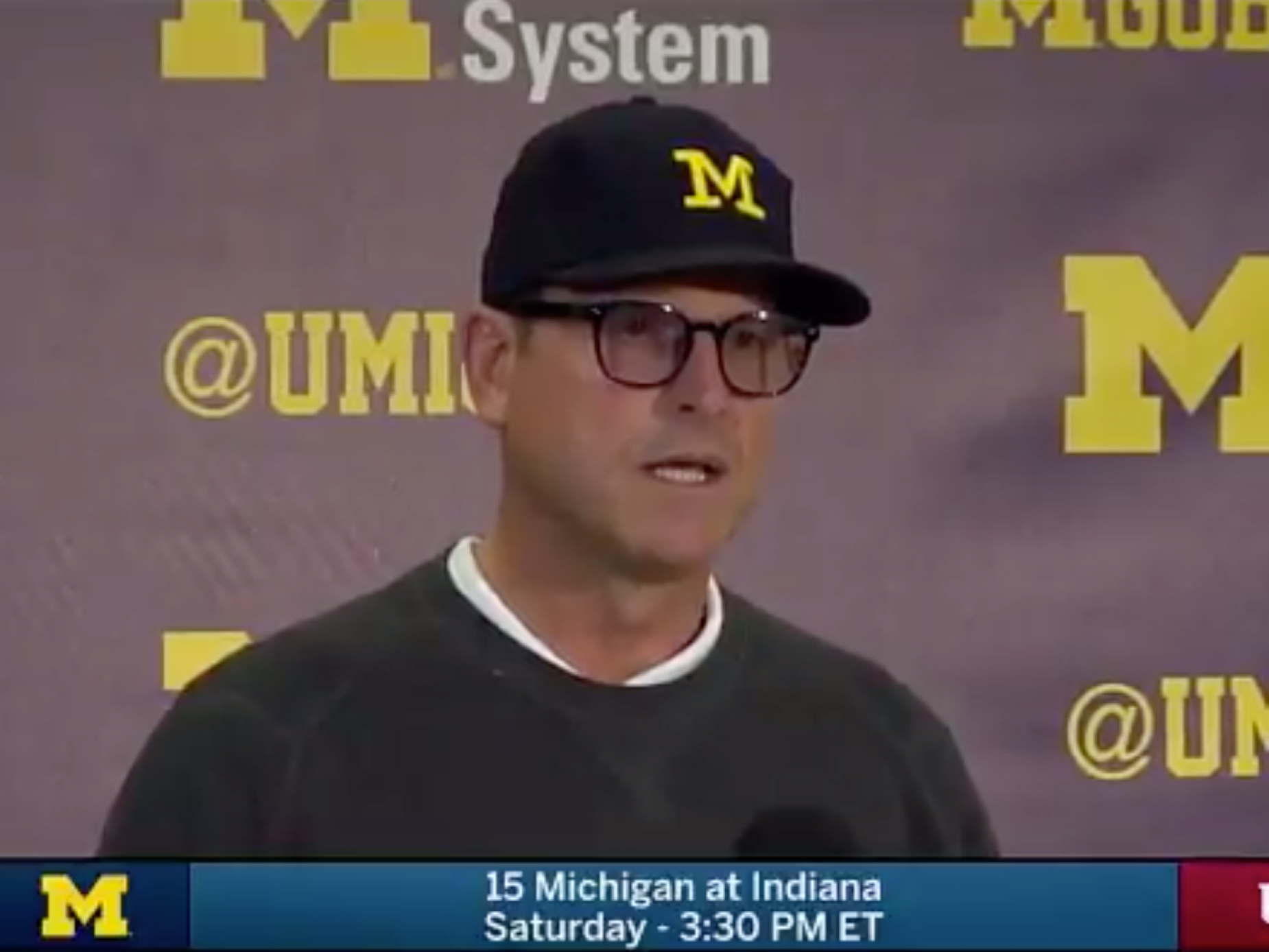 You gotta give it to Jim Harbaugh—whether he's ironing out the wrinkles with his khakis guy or appearing on the most disturbing catalog cover of the holidays, it's never a dull day up at the Big House. With all eyes trained squarely on Ohio State-Penn State this weekend, you might not have expected much from Harbaugh's Monday press conference. Cross a couple t's, dot a couple i's, and hit the cafe for an early lunch. But no, not Harbaugh. Harbaugh has to give the people what they want, and what they want is more Harbaugh. So instead of defaulting to the usual boilerplate coach schlock, on Monday Jimbo served up a heaping dose of Big Ten tao that will live forever in the conference's soundbite HoF. Four yards and a cloud of dust, you had a good run.

Right on, coach. Corn to corn chowder would have been a little too Nebraska, and avocados to guac a little too Pac-12, so when the appetite for a food analogy gurgled in the pit of his stomach, Harbaugh turned to the next—and most appropriately Big Ten—thing: potatoes. Never mind the fact that next week is Thanksgiving, when the potatoes are mashed and buttered, not cubed and mayoed. Never mind that 80 percent of American households will be paying their annual pilgrimage to the pagan god of yams. When life gives you taters, you make tater salad. Those are the rules.

RELATED: Will Muschamp delivers college football quote of the week, possibly the year

Despite sounding like some sort of Bread Basket Confucius, however, there is a morsel of truth to Harbaugh's statement. The Wolverines, especially the offense, have improved as the season has wore on, pushing Penn State to the brink and taking down Notre Dame after their humiliating September loss at Wisconsin. Those dull, dirty spuds have been plucked, washed and peeled, and are finally ready for the center of table, just in time for a visit from Ohio State. Whether potato salad can beat a buckeye remains to be seen, but with a little paprika and a lot of love, anything is possible.