If those who lead the USGA needed any reminding about why they have returned to the Pebble Beach Golf Links with their championships so frequently over the past 93 years, they only needed to look out the window on Wednesday for their big announcement on the seaside grounds. Before them were bright blue skies with wispy white clouds and the sun shimmering off Stillwater Cove beyond the most famous finishing hole in golf. On its finest days, Pebble Beach is heaven on Earth, and the USGA knows it has a great thing going there. “Arguably, the greatest walk in golf,” mused John Bodenhamer, the USGA’s chief championships officer.

There are USGA championship sites that fall in and out of favor, become obsolete or lose their luster. Pebble Beach never has and seemingly never will, and now it has the largest commitment yet from the organization that seems to cherish it the most.

At a news conference, the USGA announced its single-largest package of championships yet for Pebble. Beyond the already slated 2023 U.S. Women’s Open and 2027 U.S. Open, six more events were added to the calendar that will take Pebble Beach’s association with national championships into the 2040s.

“John [Bodenhamer] has promised that I can be a marshal on the 18th hole in 2044, so I’m pretty excited about that,” joked David Stivers, CEO of the Pebble Beach Company.

Pebble Beach is one of the USGA’s most iconic venues, having hosted 13 championships, including six U.S. Opens. Some past champions are among the game’s greatest: Jack Nickalus in 1972, Tom Watson in ’82 and Tiger Woods in 2000. In 2019, Gary Woodland joined the winners' group that includes Tom Kite and Graeme McDowell with a three-stroke victory over Brooks Koepka. 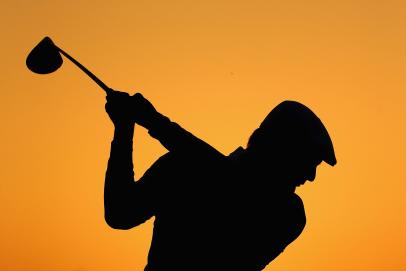 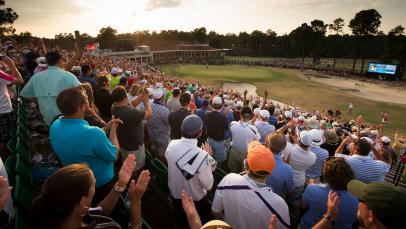 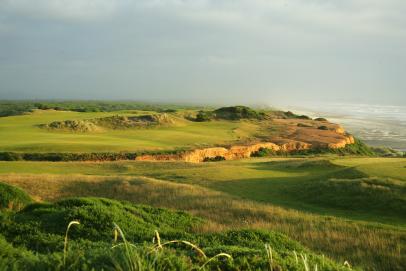 In addition to the tournaments added at Pebble Beach, the USGA said it would hold the U.S. Senior Open and U.S. Senior Women's Open in back-to-back weeks just down the road, at Spyglass Hill, in 2030.

With this latest USGA announcement, it has continued its move toward identifying “anchor” sites that will host numerous USGA championships over the next several decades. Pebble Beach joins previously identified Pinehurst Resort & Country Club in North Carolina and Oakmont Country Club in Pennsylvania as anchors. Other venues that have received multiple championships in recent announcements, but have not been labeled “anchors,” are Oakland Hills Country Club in the Detroit area and Merion Golf Club outside Philadelphia.

In September 2019, then-USGA CEO Mike Davis told Golf Digest, “It’s pretty clear that we love Pebble Beach, Pinehurst, Oakmont and Shinnecock. Those four meet all our criteria: They’re great tests of golf, they set up logistically either very well or well enough, and—being honest—we’re going to make money when we go there. We’re a nonprofit, but the U.S. Open financially supports everything else we do—all our other championships and all the golf programs we sponsor—among other things.”

Shinnecock Hills, the Long Island course that has hosted five U.S. Opens, is set to stage the 2026 U.S. Open, but it has yet to be identified as a future anchor.

Asked on Wednesday about the possibility of other anchor venues, Bodenhamer demurred and said, “You never know. I think there have been so many exciting things come down the road. Every one of these long-term relationships, whether they’re an anchor site or not, are different. … You’ll see more in the not-too-distant future. I don’t know what all that will be, but we’re excited about it.”

Not to be lost in the announcement about U.S. Opens is the bigger opportunities being afforded on the women’s side of the game. While the women’s venues over the past few decades have not been as recognizable or lauded, that is quickly changing. The USGA now has 17 U.S. Women’s Opens scheduled, and most of them have been in the rota for men’s major championships: Pebble Beach, Oakmont, Pinehurst, Oakland Hills, Merion, Erin Hills in Wisconsin and Riviera in Los Angeles.

“It’s not an accident,” Bodenhamer said. “Leading up to today, we see a number of things. We see a long-term nature to what we’re doing. There’s a strategy behind it. Five years ago, we re-thought our strategy. People ask why would we go out that far [on dates]? There’s some intentional reason to that.” 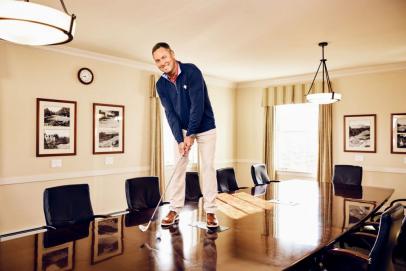 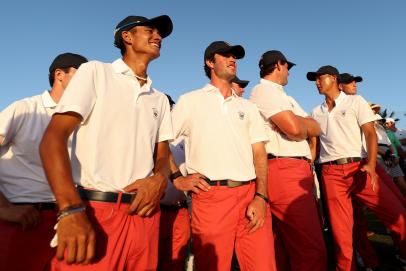 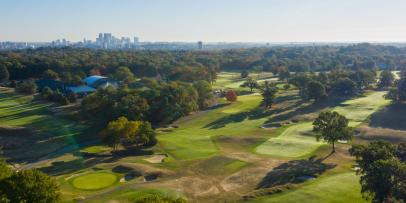 Bodenhamer repeated the story he has told often about a discussion some USGA leaders had with Nick Price regarding the nature of winning majors at iconic venues.

“It’s important where players win in a U.S. Open for men and women,” Bodenhamer said. “The ghosts of the past do matter. Those moments that are made … it does matter.”