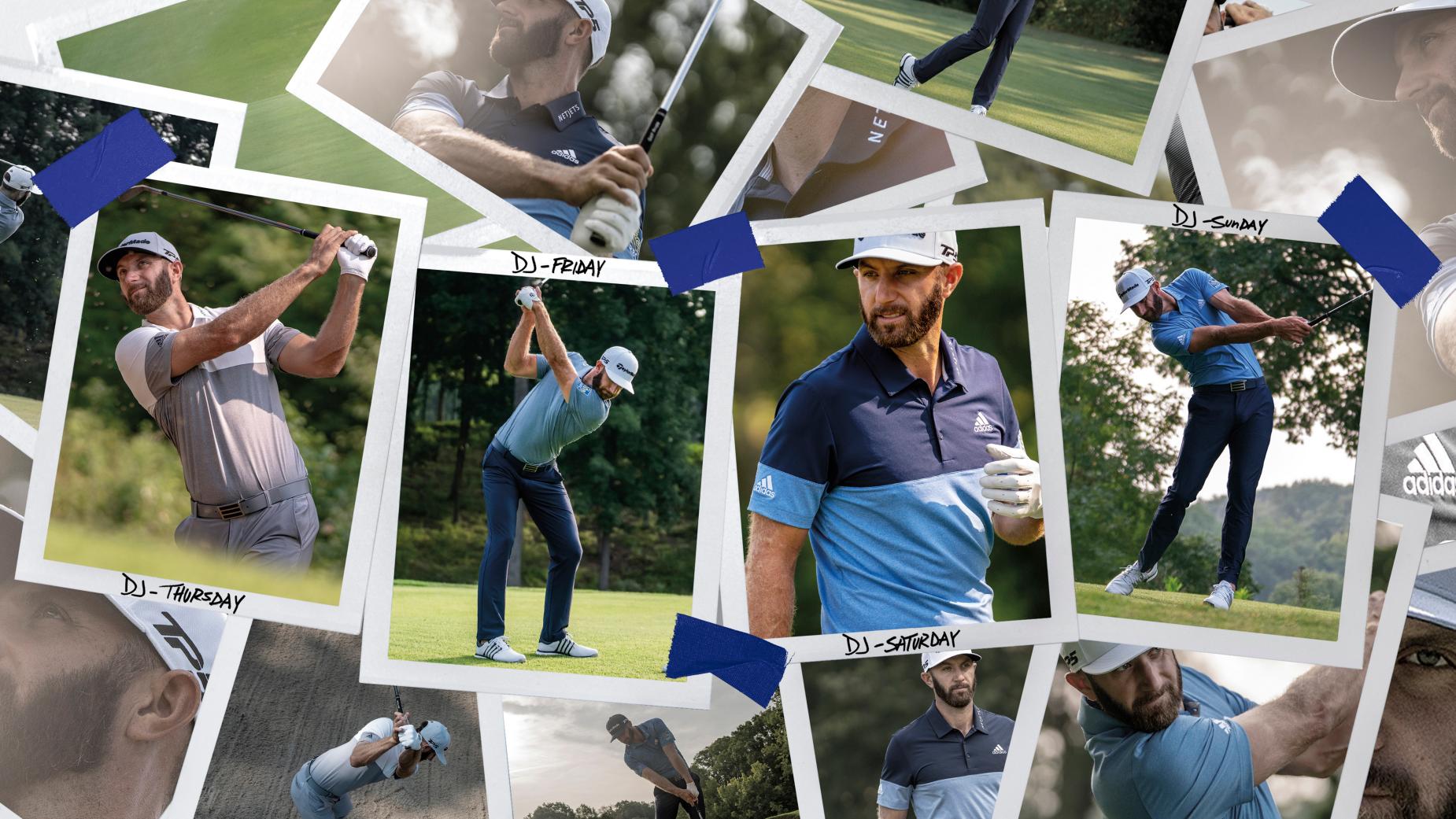 While Dustin Johnson doesn't typically take too many risks when it comes to his apparel, it was almost shocking to see him in an entirely gray palette at Augusta. He's formed a habit of wearing traditional navy golf shirts and pants for most of his career and his classic looks always look great. While his gray pieces were a nice change up for the 34-year-old, he'll no doubt be more comfortable returning to mostly blue ensembles at Bethpage.

Johnson will start the week out sans-blue in a tame gray and white scripting. It's simple and clean, but lacking character. Johnson's game will have to brighten up the look. He'll wear a similar, but brighter version of the shirt on Saturday. The navy and blue heathered color-blocked top combines two styles that are very on-trend in the golf style world. Heathered patterns are a great way to give character to dull shades—like Johnson's Thursday gray—or tone down bright colors—like his Saturday blue. Color-blocked apparel is a excellent way to mix colors without too much of a risk, especially for those who typically stray away from anything but simple one-color tops. It's a classic and sophisticated look that is easy to match with.

While it would be nice to see Johnson in some more playful colors during the other two days at Bethpage, he's said in the past that blue is the color he feels most powerful in and we won't fault him for turning to comfort for the second major of the year. His Friday and Sunday blues are youthful and simple, an easy win in the style world. 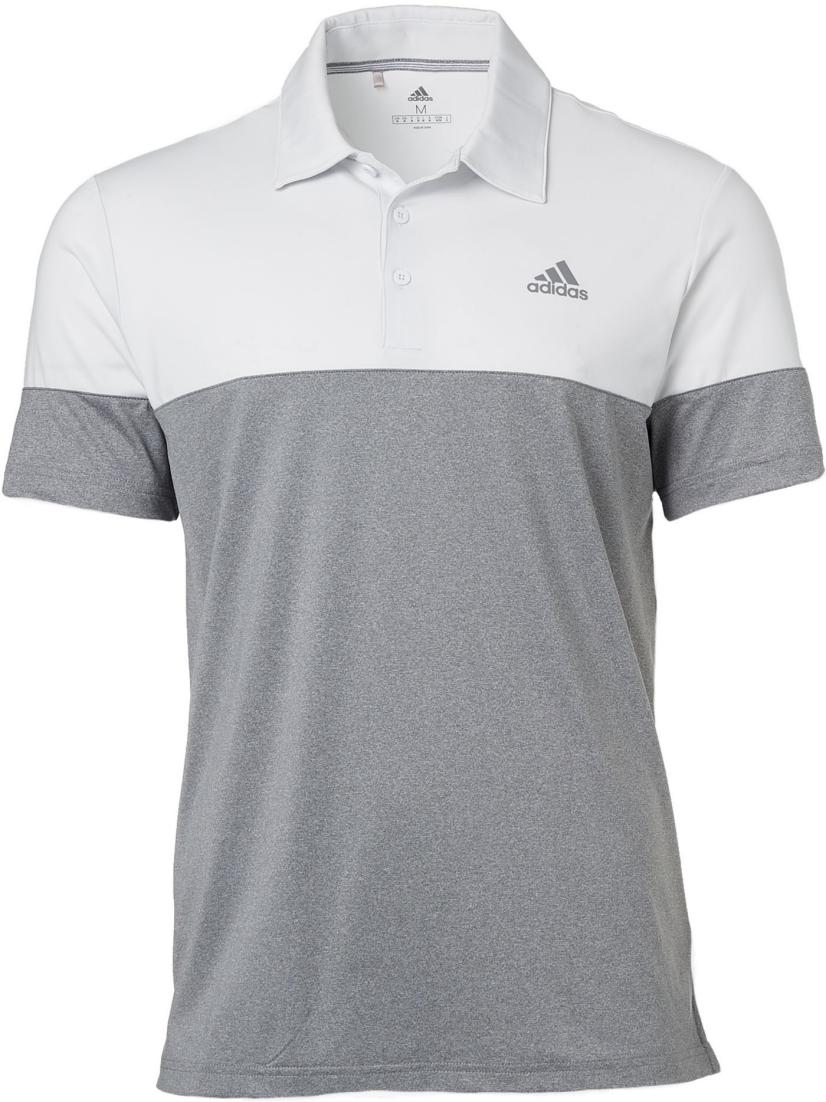 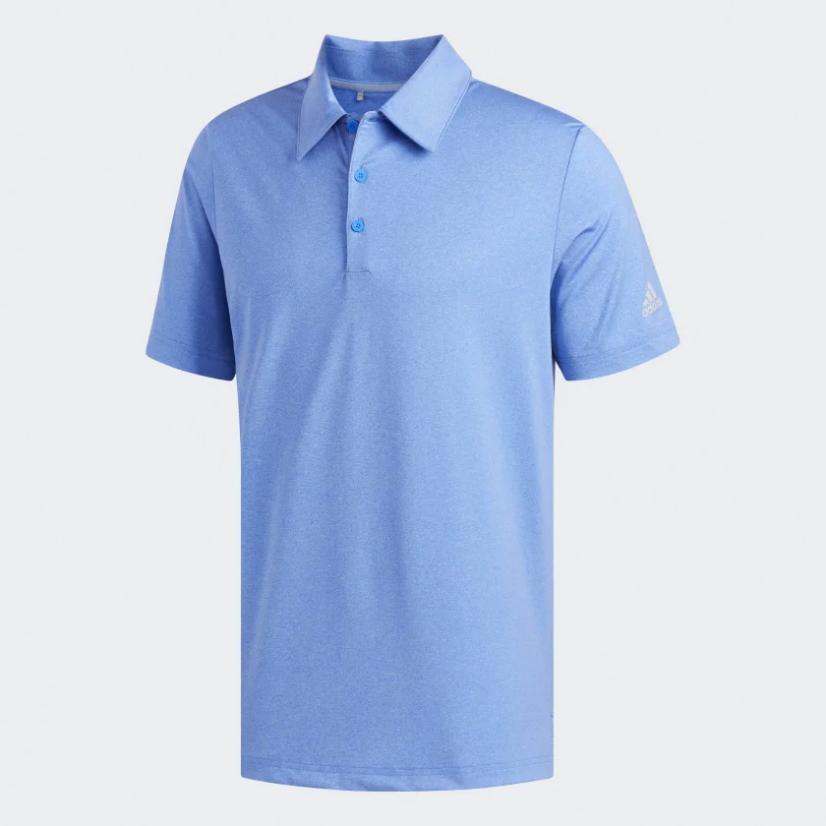 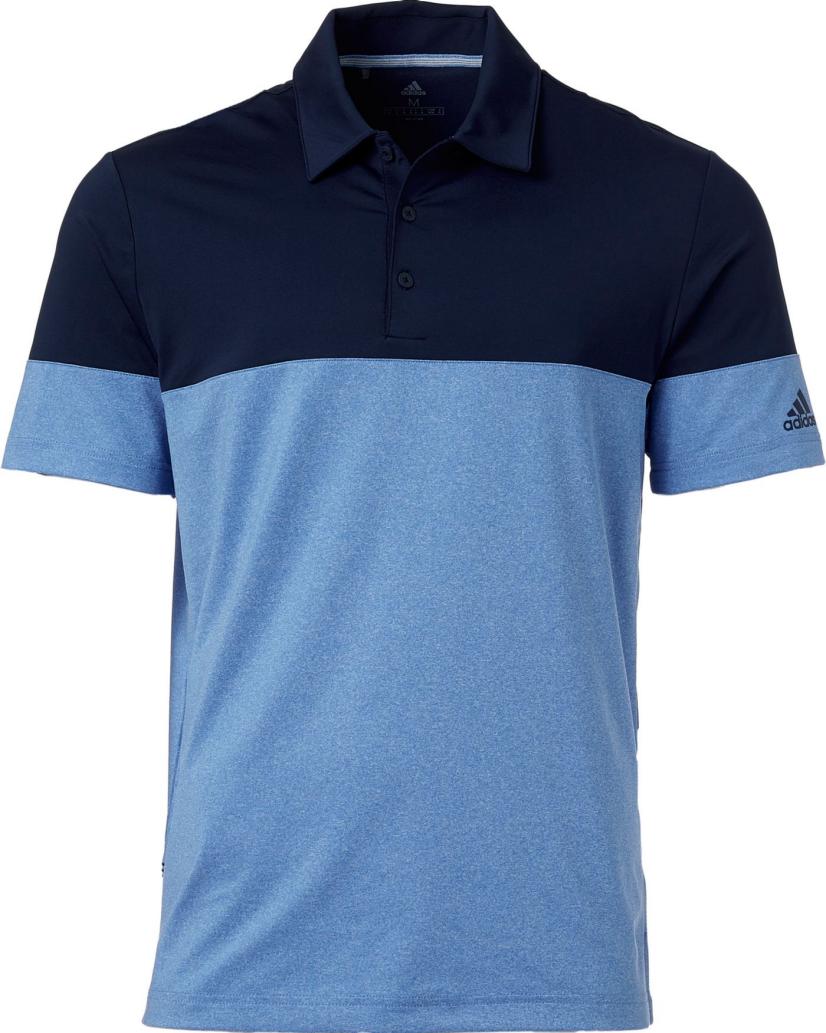 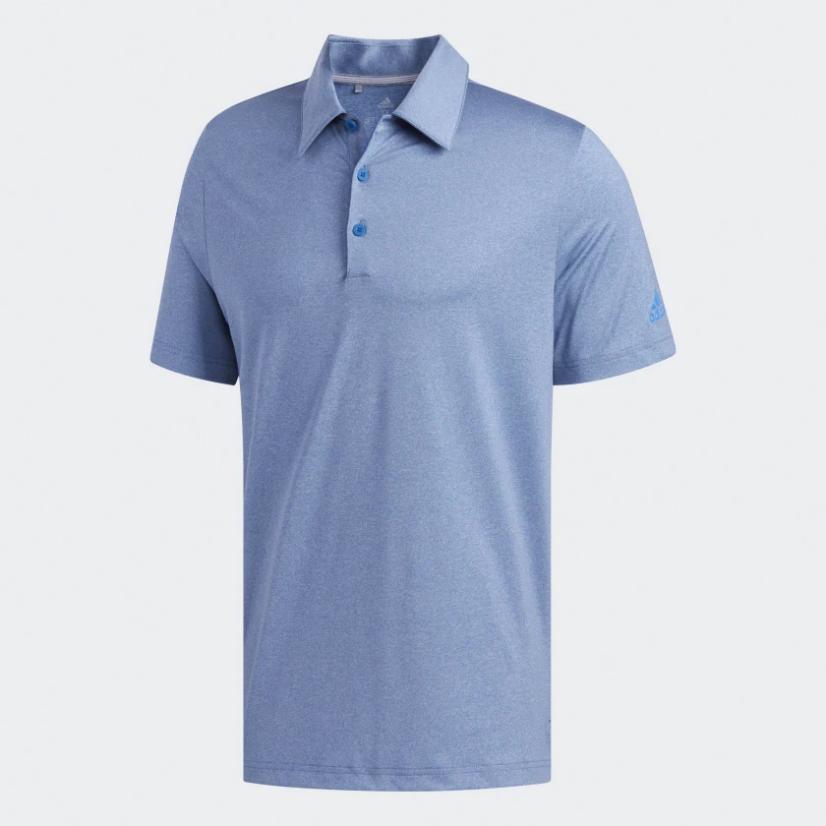 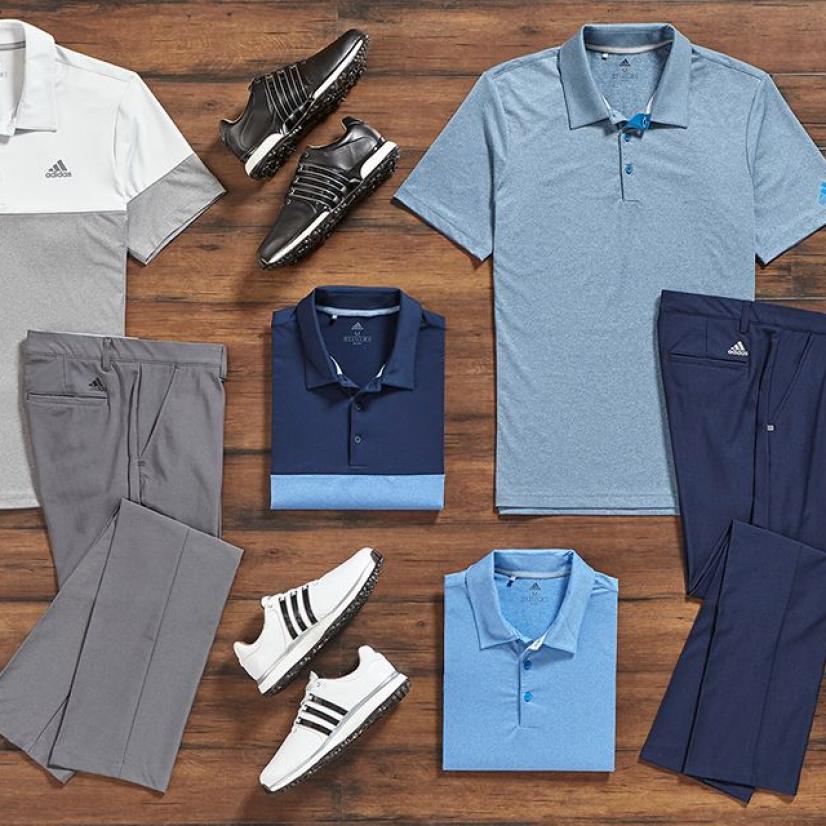