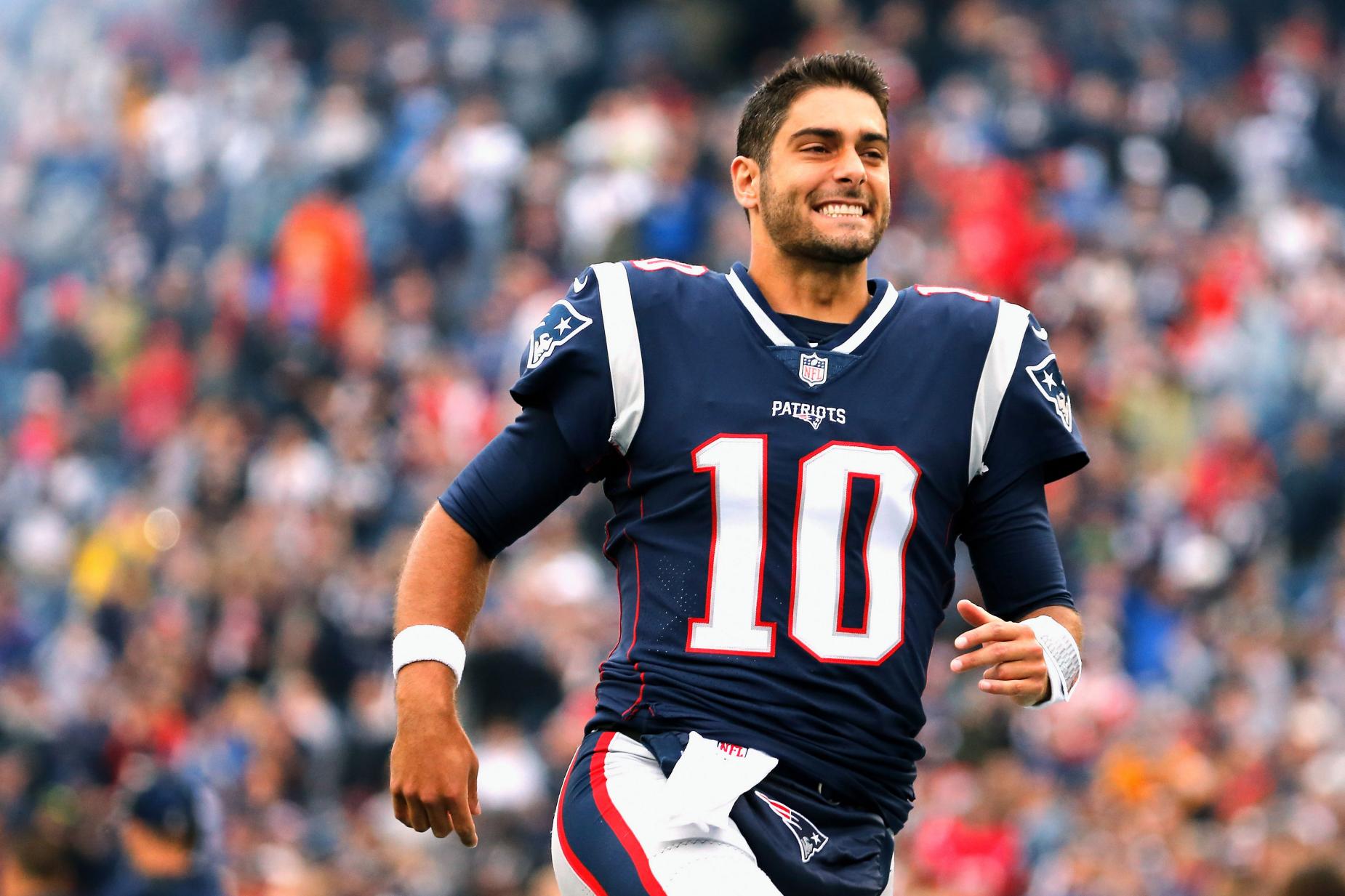 FOXBORO, MA - OCTOBER 29: Jimmy Garoppolo #10 of the New England Patriots reacts before a game against the Los Angeles Chargers at Gillette Stadium on October 29, 2017 in Foxboro, Massachusetts. (Photo by Jim Rogash/Getty Images)

Jimmy Garoppolo has had a pretty good year. After three-and-a-half seasons riding the pine behind Tom Brady, Garoppolo wanted a trade. He got it. Taking the reigns of of the 1-10 49ers, he led them to five-straight wins while ESPN prepped a Pats takedown that would soon paint him as Belichick's pride and joy and the quiet good guy to Brady's egomaniacal villain. Seemingly, things couldn't get any better. Then on Sunday, as the Patriots rallied to beat the Jaguars and earn their second consecutive Super Bowl berth, they did.

You see, it turns out that Garoppolo, though unquestionably definitely probably no longer a member of the New England Patriots, is actually still on the Patriots payroll. Let's let Adam Schefter explain:

RELATED: The ripple effects of the Jimmy Garoppolo trade felt around the league

In other words, while Belichick grinds his team into insignificant dust over the next two weeks, Garoppolo is sitting on a Bali beach sipping Mai Tais and cashing Kraft-corp checks. A bunch of virgins are going to say [full nasally nerd voice] "yeah, but it's the rings that really count," but so does getting paid six-figures to NOT spend early February in a Minneapolis hotel room waiting around for CTE. So go ahead, you take your rings. We're going to buy a Porsche.