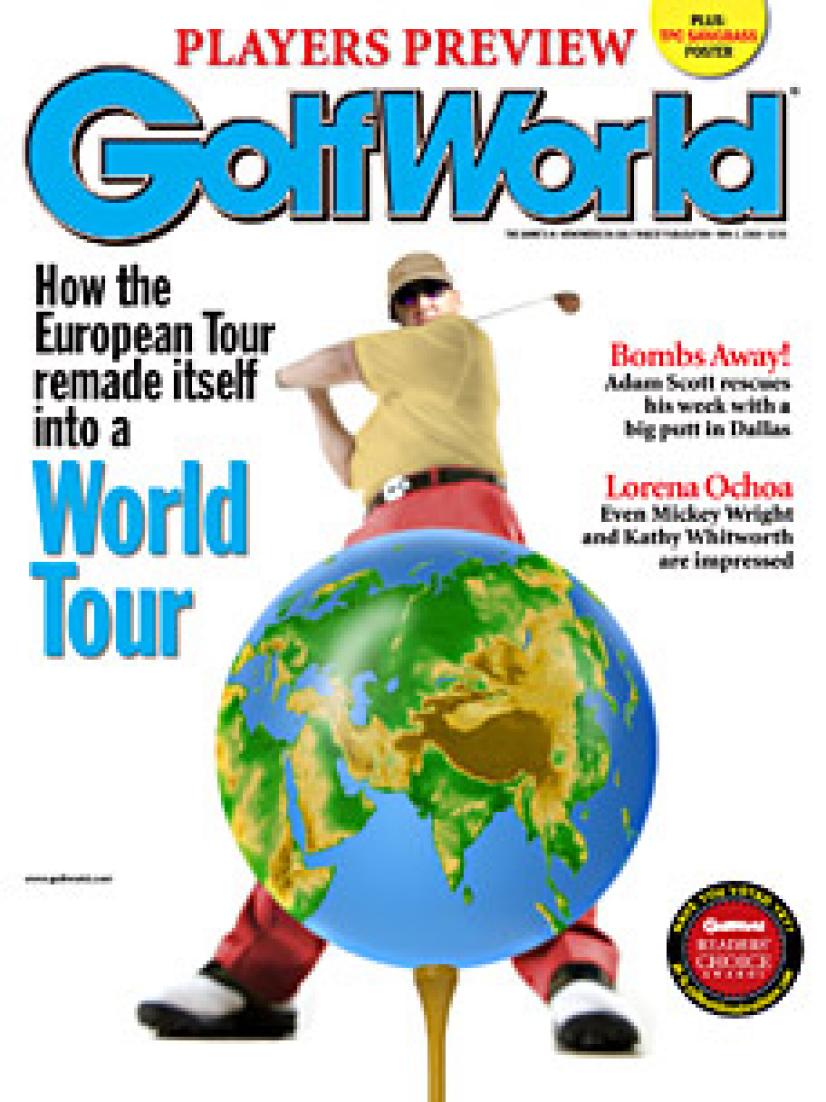 LPGA heading to China in October

Current grooves should be OK for pros in 2009

Life without Tiger Woods is a speculator's delight

The PGA Tour needs someone besides Tiger to add excitement

Adam Scott got the win at the Nelson, but his caddie drove off with a Cadillac

Instead of 'taking up space,' David Abell won the Coleman Invitational

A MATTER OF CHOICE

Golf World asked PGA Tour pros to identify their 'fifth major.' Their answers may surprise you

THE REVIVAL OF THE EUROPEAN TOUR

Two years after being compared to the Nationwide Tour, Europe's worldwide circuit has found new life