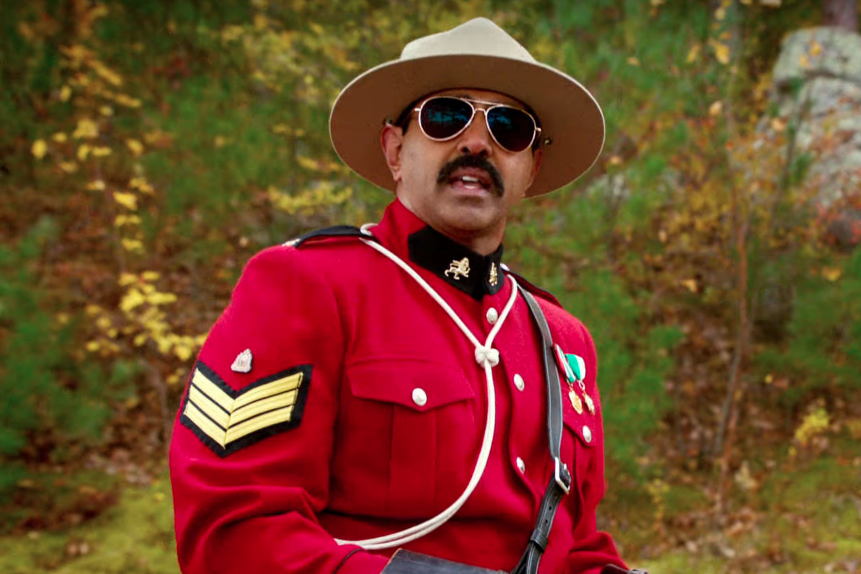 It's been 17 excruciating years since Super Troopers first blessed American males, aged 13-22, with its debauched highway hi-jinx, but the wait is finally over. After what feels like eons of rumors, non-starters, Kickstarters, and hoaxes, Super Troopers 2 is now officially official, dropping its first trailer on Thursday much to delight of a bunch of 30-year-olds who, despite being full-blown adults now, haven't grown much in the whole maturity department since 8th grade. Pull over and check it out:

As you'll see, the gang (Broken Lizard comedy group IRL) makes a full return, with Rabbit, Mac, Jeff, O'Hagen, and, of course, Favra, heading north of the border to reclaim a small Quebec town that actually lies on American soil from a bunch of pissed-off Canadian Mounties. In the process Favra kills a bald eagle with an AK-47, gets in a fight with a bear in a port-a-potty, and, well, I think you pretty much get the picture. So come for the ridiculous slapstick, questionable geography, and inevitable poutine jokes, and stay for the Luc Robataille and Fran Tarkenton references. It may end up being the worst movie of the year, but then again, that's kind of the point.