The flaw in the new World Handicap System

during day two of the KLM Open at The Dutch on September 15, 2017 in Spijk, Netherlands.

Editor's Note: On Jan. 1, 2020, the World Handicap System goes into effect in the United States along with several countries around the globe. In the U.S., the new process replaces the old USGA system. You can read a general overview of the new system and five keys you need to know here. For those interested in more of the intricacies of the WHS—and the issues one expert has with the new system—continue reading.

I love the USGA. I was a charter member of the USGA Handicap Research Team. I created the USGA Course Rating System in 1976 and later the Slope Rating System to make handicaps more reliable and portable. I gave up a great career in the Navy to join the USGA staff in 1981 as its first Director of Handicapping. Over the next 16 years, I helped establish the use of Slope Rating throughout the United States and many other countries. My nickname even became “The Pope of Slope.”

I offer this preamble to underscore that I have no grudge against the association. I strongly support its work in handicapping. And I firmly believe the introduction of the Course Rating and Slope Rating System globally as part of the new World Handicap System is a good thing.

That said, as the USGA, in conjunction with the R&A, rolls out the much-anticipated WHS—consolidating a half dozen handicap calculations previously used into a single Index—throughout much of the world, including the United States, I have serious concerns with some of the details of the new system. In an effort to create a “One Size Fits All” process every golf association can accept, I believe the WHS is a downgrade from the old USGA system. What was a straightforward and careful system has become something more complicated and less precise. And American golfers will immediately feel its changes.

My biggest concern has to do with the introduction of what I’ll call “par handicap.” What is a par handicap? Simply put, it’s when par is used in the calculation that creates a golfer’s playing/course handicap.

Prior to the WHS, par was not a factor in the USGA system of course handicap calculation—nor need it have been. A golfer’s Handicap Index was adjusted around Course Rating to create a course handicap. At the risk of getting wonky, here was the old formula:

Take the Slope Rating of whatever tee you’re playing, plug it into the formula, round that result up or down to a whole number and that’s how many strokes you were getting.

Under the new WHS, however, course handicaps reflect the strokes you get in relation to par with a subtle but significant change to the formula.

This par-based adjustment (Course Rating minus Par) has been part of handicap systems in a handful of countries but for specific reasons. It originated in Sweden and Australia, where golf is often played using a Stableford format (based around scores in relation to par on each hole), and points, not strokes, are posted for handicap purposes. It made sense then that their formulas would include a step to add par to the equation.

What does not make sense, though, is applying the par adjustment throughout the rest of the world, in particular to the U.S., where it creates an assortment of issues. Let’s start with the fact that par is hardly the most reliable measure of course difficulty (that would be course rating). Almost any golfer can list two courses that are both par 72s but vary greatly in how tough they play. Differences in length, in obstacles, in penalty areas, make one drastically harder than another even when they have the same par. Par as a metric, then, is somewhat arbitrary. It’s why course architect Tom Doak, among others, have advocated an “Abandon Par” ideology, saying that it has become meaningless to tour pros and other golfers. Maybe you don’t want to go that far, but calculating a handicap around a less reliable measure of difficulty inherently makes for a less equitable system.

Where this issue becomes noticeable is how the new formula changes course handicap values from tee to tee as you compare the WHS to the USGA system at any course. For example, where once a course handicap was a 12 from the back and middle tees, and an 11 from the front, under the new WHS calculations there will be much larger variations—as many as 18 shots in some instances—between tees. Part of the reason for this is that during the calculation, an approximation is being approximated again by adding Course Rating minus Par, creating an imperfect “over-spreading” of the course handicaps. Golfers moving to longer tees will think this is a logical change (they’ll be getting more strokes). Golfers playing shorter tees won’t be so happy.

Let me try to apply this to real-world scenarios. Living near San Diego, I’ve explored a large sample size of courses in Southern California and found a male golfer with a 14.1 Handicap Index under the old USGA system has a range of course handicaps from 12 to 18 with an average course handicap of 15. Under the WHS, due to the par adjustment, his range now varies from -1 to 22 with an average course handicap of 11.6, effectively giving him more than three shots less in the process. It’s why, to me, the WHS produces an unacceptably large course handicap variation for the same ability player. (An aside: Scratch golfers are no longer 0 handicaps everywhere. They could be playing anywhere from a plus 12 to a 6 handicap.)

Players who play from the same tees at their club will see another inconsistency. Say your Course Rating is 70.5 and par is 71. The calculation of Course Rating minus Par comes out to -.5. Based on the way course handicaps are calculated, half the players will have their playing handicap drop one shot lower in the WHS but the other half will not; it all depends on how that -.5 impacts your course handicap number and whether you will get to round up or round down your final number. As we all know, one stroke often determines handicap-event outcomes. 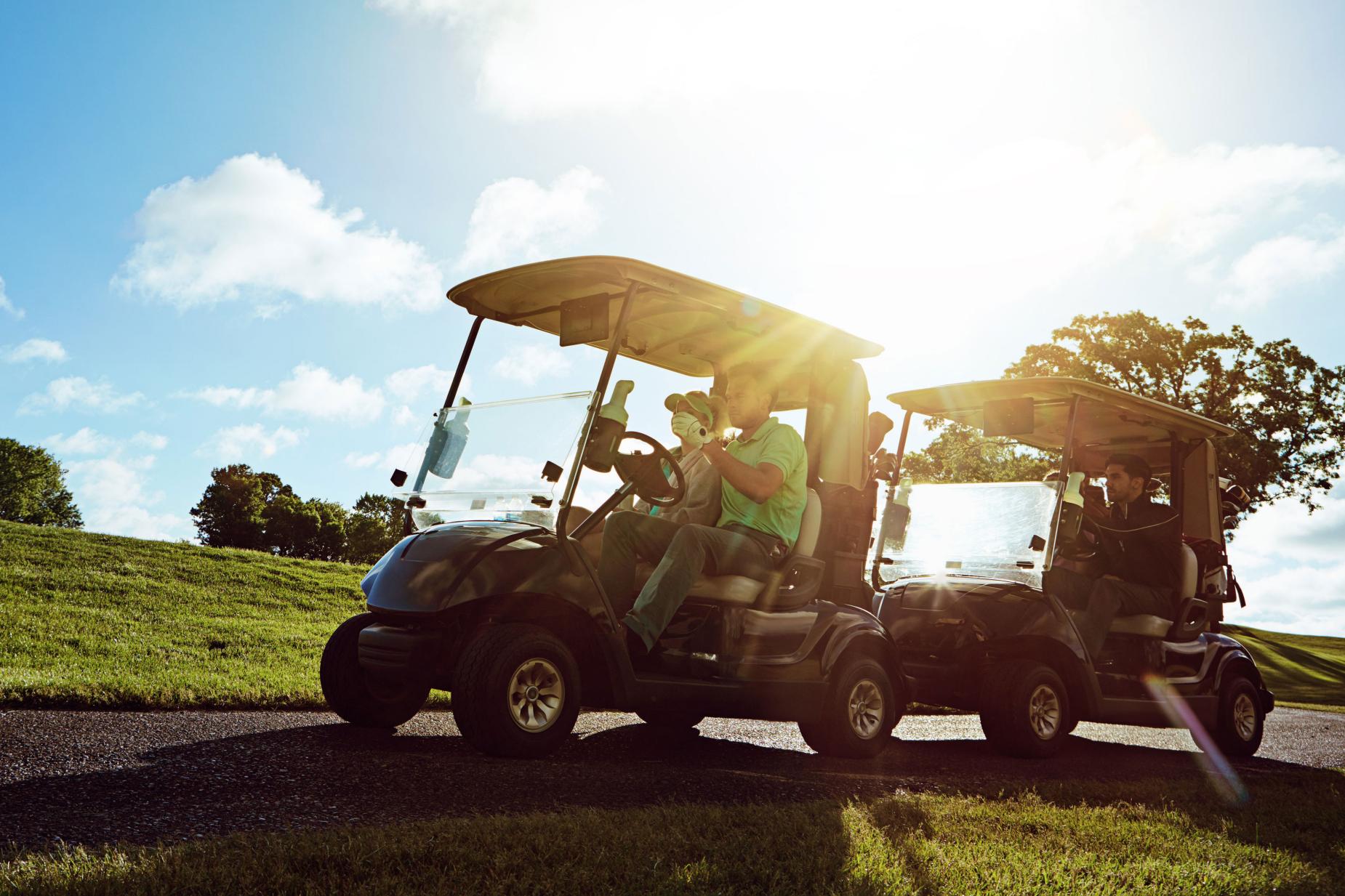 So why add the par adjustment? USGA officials argue that basing course handicaps around par is a more intuitive approach for players who don’t have an understanding of what Course Rating means. “Golfers have indeed found it difficult to disconnect par from the equation,” says John Bodenhamer, the USGA’s Senior Manager of Championships and the association’s senior representative on the World Handicap Committee.

But to what end will it serve? Golfers competing from more forward tees will be receiving fewer strokes than is truly equitable. And if you want to follow the USGA’s “Tee it Forward” initiative, there is a disincentive because playing from shorter tees more drastically lowers your course handicap.

The other argument USGA officials make supporting the par handicap is that the switch eliminates the need in the old USGA system for an additional adjustment when two players are competing from different tees (Old Section 3-5 for handicap nerds), something many tournaments and leagues neglected to apply. Replacing the misunderstood section is a good idea, so long as it can be done reliably. But that’s not the case because in the WHS, when the pars of the two tees are different, the same correction must be applied to account for par difference. And since players will be told the old correction is already taken care of, there’s a danger that this par difference will not be corrected. The end result will hurt women competing against men, or senior men who compete from more forward tees.

There are other changes with the WHS that cause me concerns. Providing daily handicap updates will create logistical nightmares for handicap committees at courses. Also, the new Playing Conditions Calculation that aims to account for unusual weather on daily scores sounds good, but what happens in instances when the weather is great in the morning but bad in the afternoon? Tournament score monitoring is disappointingly weakened in this new process. And the use of net double bogey as a maximum hole score is better than what that it replaces but also has faults. For golfers to apply it manually is complex—you have to know where you’re getting shots and that will vary from each set of tees—and will lead to players guessing or not applying it at all.

Indeed, all these “improvements” will contribute to a less precise system because of the introduction of par.

There is an easy solution for all this, something that the World Handicap Committee has agreed to for any of the six associations that previously administered handicaps as they saw fit: opt out of the Course Rating minus Par modification. That is what’s happening in Great Britain & Ireland when it goes online with the WHS in fall 2020 after the remainder of its courses become rated.

In my opinion, the USGA should opt out of the Course Rating minus Par modification as well and take more time to gather more data on the impact of the par adjustment. What is the rush? I made that appeal to my friends at the USGA over the summer last year, as did some of their allied golf associations, to no avail.

The way I see it, however, by implementing all of the new WHS elements, we have adopted a World system that is not as accurate as what we have enjoyed. The WHS alters a 40-year-old course-rating-based handicap system in favor of a “net par.” Maybe that might level the playing field when American golfers compete against golfers from other countries. But honestly, how often does that happen? Enough to justify degrading the U.S. system? I think not.