PHOENIX -- When the twin U.S. Opens were announced in 2009 it was all blue birds and butterflies. Having the men and women's national championships played on the same course in consecutive weeks would be a great thing for golf.

But as the double feature at Pinehurst No. 2 this June grows nearer, the realization of all that also could go wrong looms larger -- and more real.

Related: Is the USGA making a mistake with the Pinehurst experiment?

To ease those concerns, USGA executive director Mike Davis addressed LPGA members at a players meeting Tuesday night at the JTBC Founders Cup and for the most part found a quietly skeptical  audience. There were questions about divots around greens and in mutual landing areas as well as about housing and practice time, said sources at the meeting. 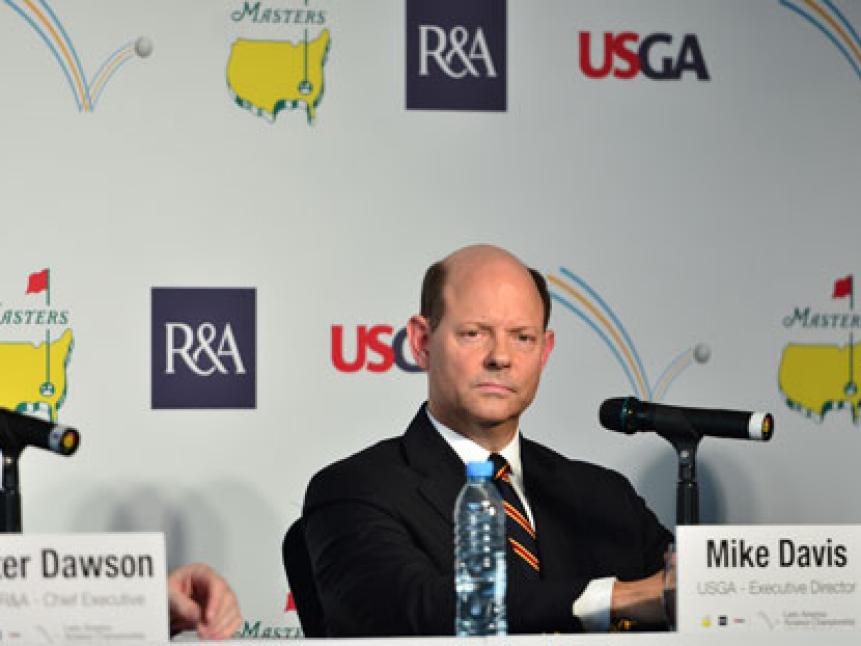 According to those in attendance, Davis told them that Pinehurst No. 7 would be open to the players on Saturday and Sunday before the U.S. Women's Open -- and during the U.S. Open -- and that the greens on No. 7 would be set to the conditions the greens on No. 2 will be at for the championship. The players will also be allowed on the practice range at No. 2 beginning at noon on Sunday with access to the locker rooms and hospitality areas.

Stacy Lewis, the top American in the Rolex Rankings, said Davis did not go into what would happen if there was a Tuesday finish in the men's Open -- some say there is a scenario for at Saturday through Tuesday U.S. Women's Open -- but she did reveal his plans if the guys have a Monday playoff.

"The playoff would begin at noon and we would be allowed on the course beginning at 7 a.m and then again after the playoff is over," Lewis said.

You can't help but wonder what the men will say when they hear that.

Among the reasons the USGA cites for why the Women's Open should go after the men's is that, while women can putt greens at the same speed as men they need softer greens that hold better since they do not spin the ball as much. That can be achieved by throwing water on the green after the men's Open is finished.

"Let's see if they can pull that off," Lewis said, adding: "Yeah, I'm still apprehensive. They tried to spin it that everything is under control, but the general feeling of the players is that it is going to be a bit of a challenge. The main concern is divots, both in the landing areas and in the collection areas."

Lewis, who has not played No. 2 since it was refurbished, plans to go in a couple of weeks early to play some practice rounds. "And I guess I'll practice hitting out of divots," she said. "There was one point when Davis said, 'Divots are part of the game,' and that got a pretty good giggle from the players."

The overwhelming feeling among players, according to Lewis is that the women should have gone first. "But, she said, "we will just have to make the best of it."

One hope by the USGA is that having the women go after the men's tournament will provide a public relations springboard into the women's event. That is already the case. Simply the fact people are talking about the U.S. Women's Open in March makes it the most eagerly anticipated women's national championship in years -- maybe ever.

The ultimate gauge of success, of course, will be if the talk after the Twin Opens is about how great the idea it was -- and not about how the women had to play a battered course to crown a champion.