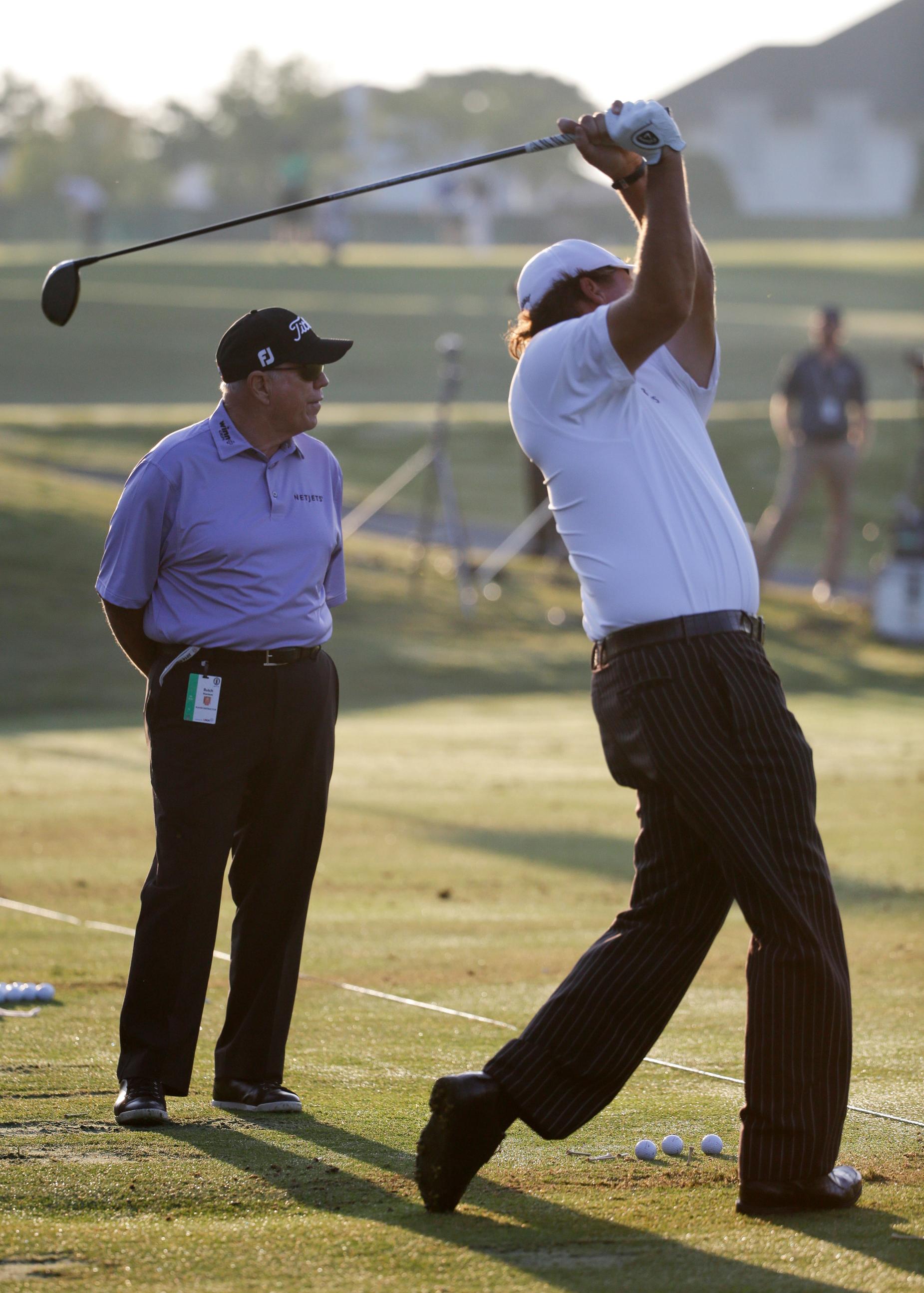 Butch Harmon could sense it coming. He’d been there with Greg Norman and Tiger Woods after taking them to No. 1, and now he was there with Phil Mickelson. It’s that moment when an instructor and a player just aren’t communicating the way they used to and the end is inevitable.

So when Phil Mickelson flew to Las Vegas last week and met Harmon for breakfast at Rio Secco, there weren’t any surprises. The highs of the 2010 Masters victory and that incredible, unforeseen British Open win in 2013, not to mention walking off arm-in-arm after winning the Players in 2007, were now history. At 45, Mickelson wanted to make some more history, so it was time to make a change.

"I completely agreed that sometimes you need to hear things a different way, get a different perspective on things," Harmon said.

“He flew up on his plane last week to sit down and talk,” Harmon said when I reached him Wednesday night. “We talked for about two hours. I completely agreed that sometimes you need to hear things a different way, get a different perspective on things. He’s been frustrated the last two years. I thought it was a good idea that he would do this. He needs to hear things differently that maybe get him rejuvenated and get him back to what we all know he can be.”

This was not going to end bitterly, the way Harmon and Woods ended. Those two have hardly talked since 2002. Mickelson was equally as high road as Harmon, saying the teacher deserved to be told face to face.

"I respect him as a person and as a teacher and as a friend, and just wanted to talk to him in person about it,” Mickelson said. "It’s not something you do over the phone. He’s been good to me long before we ever started working together. That stuff is never easy, but it’s what he deserves.”

Harmon appreciated that. “He did it in a classy way,” he said.

Mickelson acknowledged he's got another instructor in mind—somebody that he wants to hear out. But out of respect to Butch, this wasn’t the time to release the name.

“I’m not sure if it's going to work out or what I’m going to do exactly,” Mickelson said. “Butch is still going to help me in the sense I’m going to run some ideas by him. After a while things just don’t resonate and I needed to hear something new."

That’s the professional side of the relationship. The personal side, the good times they’ve had together, doesn’t sound like it’s going to end.

After releasing their public statements, both stressed there were no hard feelings; Harmon used the work “amicable,” Mickelson said it was “friendly.” Butch would still be invited to Phil’s dinners, would still be part of the gang as Rickie Fowler’s instructor during their Tuesday games, would still be there, even, as a sounding board. “He couldn’t be more professional about it,” Mickelson said. “He totally gets it. I wouldn’t rule out working together again.”

So that’s how it ends for now. After eight years, 12 wins and two majors, Butch and Phil go their separate ways professionally after a winless season that ended with a 3-0-1 Presidents Cup record. “I gave him a hug and told him I hope it works out for him,” Harmon said. “I want the best for Phil.”