Masters 2019: This stat historically predicts success at Augusta National—here's who rates out well this season 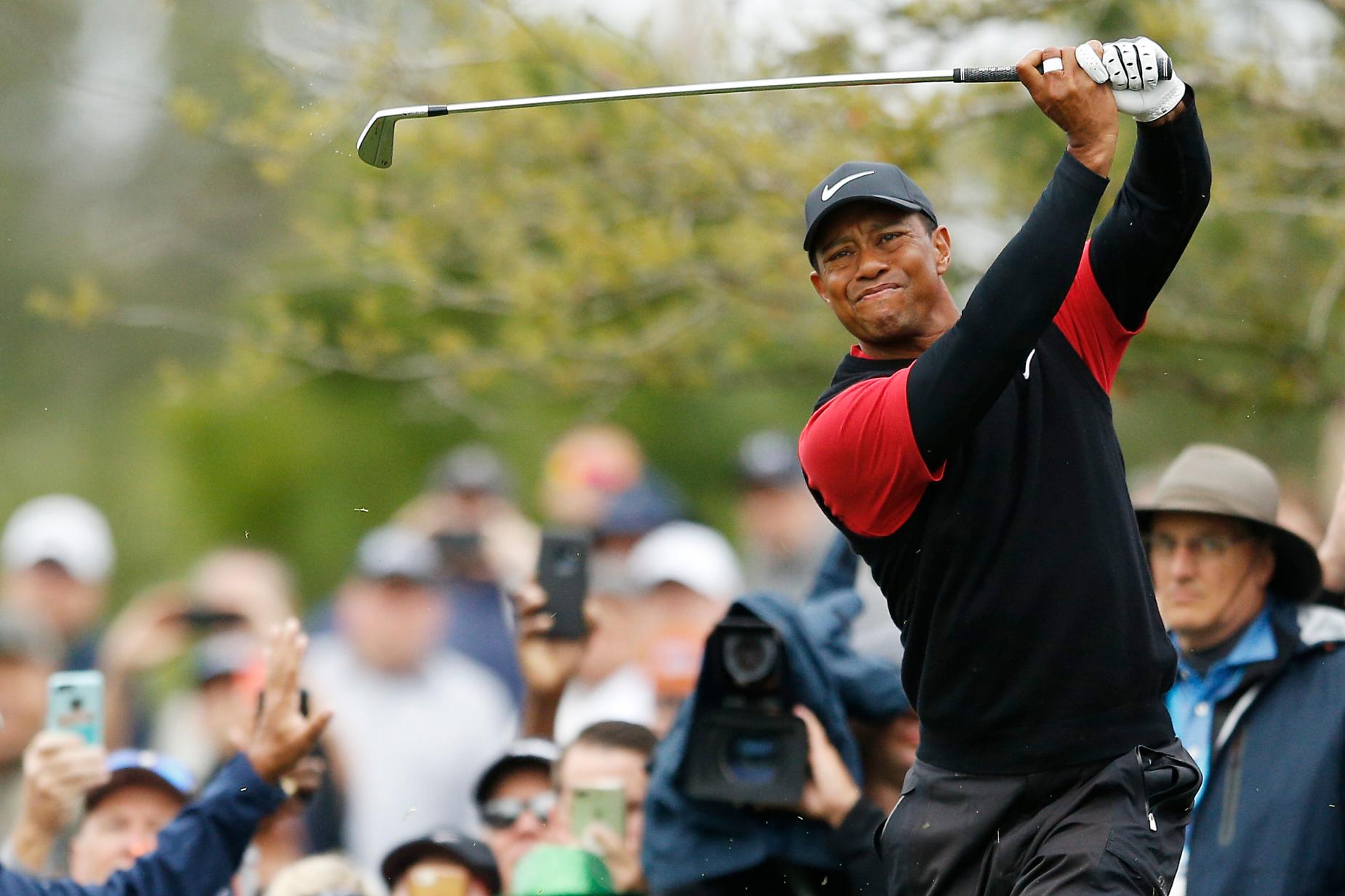 The PLAYERS Championship - Final Round

PONTE VEDRA BEACH, FLORIDA - MARCH 17: Tiger Woods of the United States plays his second shot on the fifth hole during the final round of The PLAYERS Championship on The Stadium Course at TPC Sawgrass on March 17, 2019 in Ponte Vedra Beach, Florida. (Photo by Michael Reaves/Getty Images)

Good news Tiger Woods fans: It is a fallacy that the Masters is a bit of a haven for bombers. Sure, some long hitters such as Bubba Watson have won the event in recent years, but if you’re looking for a key stat that points to success at Augusta National, it’s greens in regulation. Over the past 10 Masters, the champion's average rank for the week compared to the field was just about eighth (7.6) in greens in regulation (compared to 16.8 in driving distance).

With that in mind, here’s a look at the top five players in the field in greens in regulation this season and the irons they will have in the bag at the Masters. 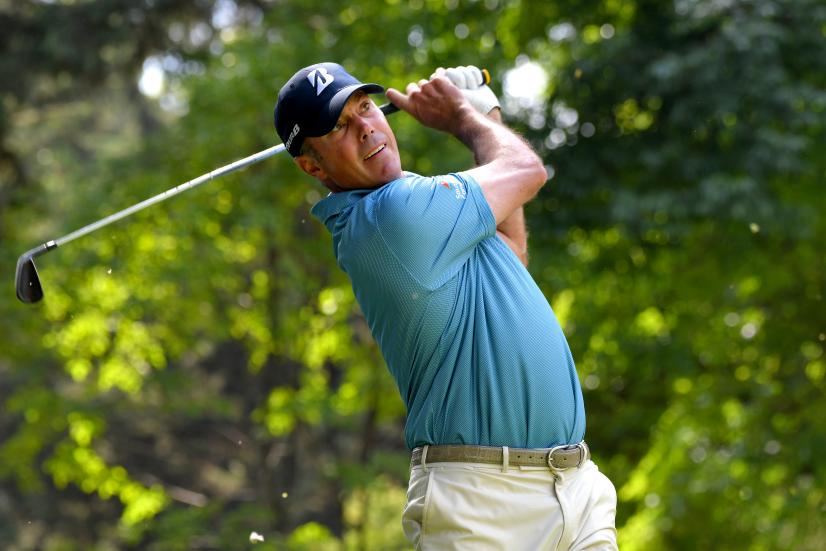 MEXICO CITY, MEXICO - FEBRUARY 23: Matt Kuchar hits a tee shot on the seventh hole during the third round of the World Golf Championships-Mexico Championship at Club de Golf Chapultepec on February 23, 2019 in Mexico City, Mexico. (Photo by Stan Badz/PGA TOUR)

Matt Kuchar might be a favorite regardless of statistical ranking. After all, the man has won two events this season and nearly captured a third at the WGC-Dell Technologies Match Play, placing him first in FedEx Cup points heading into the Masters. Kuchar’s strong iron game has propelled him to success this season, and he currently leads the tour in greens in regulation, hitting more than three out of every four. Kuchar’s irons are Bridgestone’s J15 CB, a forged, cavity-back model. Kuchar had been using Aerotech Steelfiber shafts but switched last fall to True Temper Dynamic Gold 105 S300 shafts, which are soft stepped to help achieve the trajectory he prefers as he felt his irons were starting to spin a little too much. 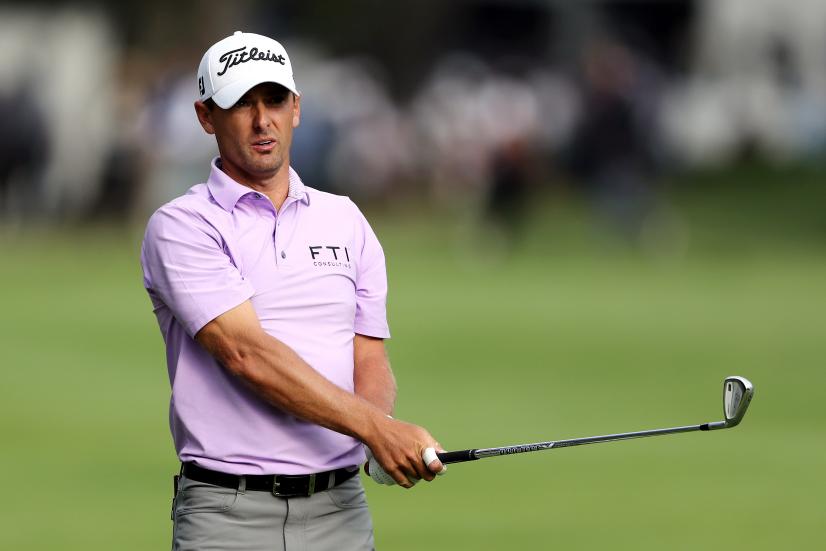 MEXICO CITY, MEXICO - FEBRUARY 23: Charles Howell III of the United States plays a shot on the 18th hole during the third round of World Golf Championships-Mexico Championship at Club de Golf Chapultepec on February 23, 2019 in Mexico City, Mexico. (Photo by David Cannon/Getty Images)

A close second to Kuchar in greens in regulation is Augusta, Ga., native Charles Howell III, who is enjoying a career resurgence this season. Howell returns to the Masters armed with a split set of irons in which his decisions on where to split the set were very precise. As Howell recently told Golf Digest, “I grew up playing more of a cavity-back style iron. The challenge with that is I don’t like to see a ton of offset. So you’re either playing more of a blade to not have the offset, or a cavity-back that maybe has more offset than I would like. So the split in my set kind of goes by where the offset changes, but I’m still looking to stay with forgiveness. That’s why the AP2 fills the 5-, 6-, 7-iron and the CB is for the 8-iron through pitching wedge. Because I’ve played golf for so darn long, I want as much help down there as I can get. These fit my eye and have the forgiveness I’m looking for.” 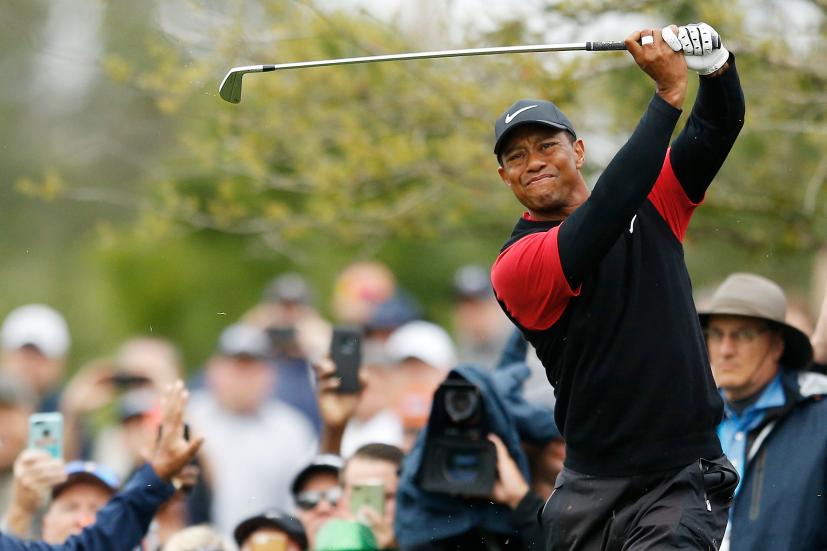 The PLAYERS Championship - Final Round

PONTE VEDRA BEACH, FLORIDA - MARCH 17: Tiger Woods of the United States plays his second shot on the fifth hole during the final round of The PLAYERS Championship on The Stadium Course at TPC Sawgrass on March 17, 2019 in Ponte Vedra Beach, Florida. (Photo by Michael Reaves/Getty Images)

Known as one of the game’s all-time premier iron players, Woods has regained his form with the irons to where he is ranked third on tour in GIR. At the start of this year Woods changed to TaylorMade’s P7TW irons, a model that Woods had been collaborating with TaylorMade on for some time. The irons feature a milled sole similar to that found on the company’s Milled Grind wedges. That’s because Woods is a stickler for sole design and by CNC milling the soles, it reduces the amount of handwork, making the soles more consistent from set to set. 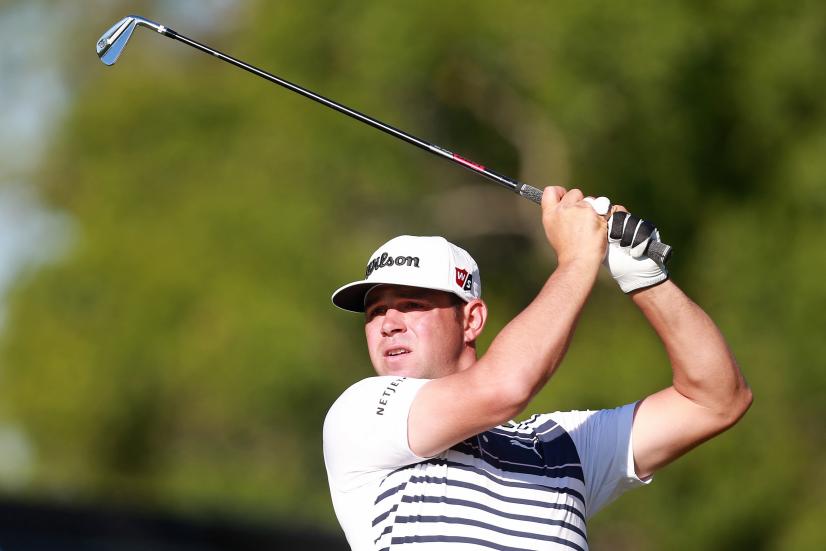 PALM HARBOR, FLORIDA - MARCH 22: Gary Woodland watches his tee shot on the 17th hole during the second round of the Valspar Championship on the Copperhead course at Innisbrook Golf Resort on March 22, 2019 in Palm Harbor, Florida. (Photo by Matt Sullivan/Getty Images)

Some might have raised an eyebrow when Gary Woodland signed an equipment deal with Wilson earlier this year, but the powerful Woodland has made the move look smart for both parties by playing well with a set of Wilson Staff forged irons. The muscleback blades are forged from soft carbon steel and boast a shape similar to the company’s FG Tour 100 model from a few years ago. The irons also have a decidedly retro look with the Fluid Feel bore-thru hosel and milled diamond pattern that frames the scorelines. Both those attributes date back to Wilson’s heyday in irons. 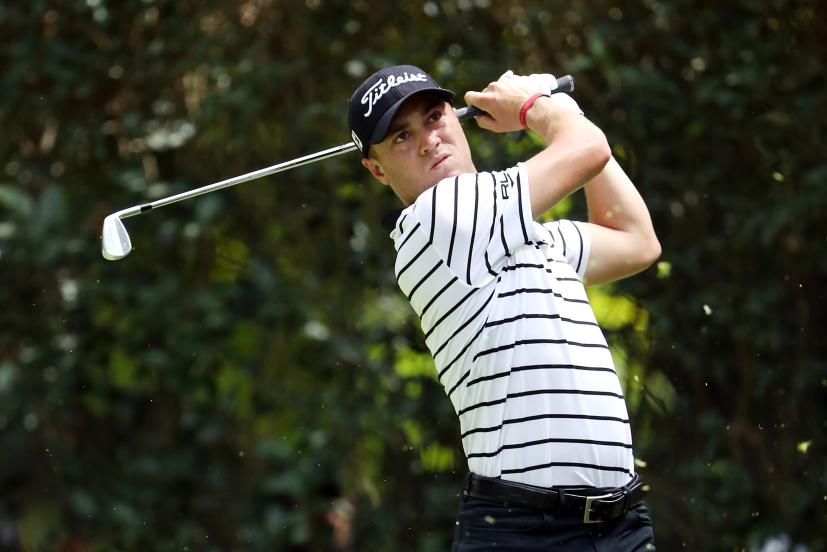 MEXICO CITY, MEXICO - FEBRUARY 22: Justin Thomas of the United States plays his shot from the third tee during the second round of World Golf Championships-Mexico Championship at Club de Golf Chapultepec on February 22, 2019 in Mexico City, Mexico. (Photo by David Cannon/Getty Images)

Justin Thomas employs a split set of irons that includes Titleist's 718 AP2—a players iron shape with some forgiveness—in his 3-iron and them for the pitching wedge he matches his Vokey SM7 wedges rather than use a set wedge. In between he has the company's 718 MB muscle-back blades, which he told Golf Digest “Look clean at address, go through the turf well and have a good sound to them.” Thomas has used blades most of his life, so don’t expect any big changes any time soon.