Rory McIlroy favored to win both the Masters and PGA Championship 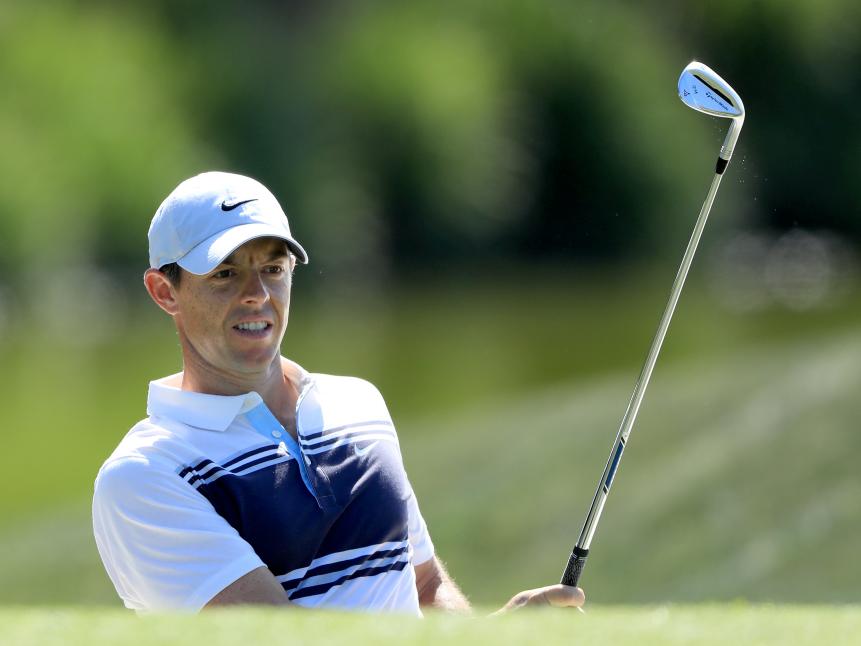 The PLAYERS Championship - Round One

PONTE VEDRA BEACH, FLORIDA - MARCH 12: Rory McIlroy of Northern Ireland plays a shot on the seventh hole during the first round of The PLAYERS at the TPC Stadium course on March 12, 2020 in Ponte Vedra Beach, Florida. (Photo by Sam Greenwood/Getty Images)

It's still too early to know if any sporting event will actually happen in the near future, but the announcement of a new proposed golf schedule has at least given fans a glimmer of hope. If all goes according to plan, the late summer and fall will be jam-packed, with the PGA Championship scheduled for August 6-9, the U.S. Open and Ryder Cup scheduled back-to-back in late September and the Masters scheduled for November.

A few of those events could potentially intersect with college and pro football, making for a stretch of live sports not even the most degenerate of gamblers could dream of. Thanks to Las Vegas, you can begin wagering on two of the first three majors of the season. Unfortunately, the Open Championship, which was officially canceled on Monday, is not one of them.

According to Jeff Sherman, the VP of risk management and golf oddsmaker at the Westgate Las Vegas SuperBook, Rory McIlroy is the solo favorite to win both the Masters and the PGA Championship. McIlroy was previously 10/1 to win the PGA "anytime/anywhere" in 2020, in case the event moved, but now he's officially 10/1 to win the PGA at TPC Harding Park in San Francisco, Ca., Aug. 6-9. Here's how the rest of the odds look:

McIlroy's last competitive round was a hard-fought, even-par 72 in the opening round of the Players Championship, which was canceled. Prior to that he had finished T-5 or better in six consecutive starts on the PGA Tour. In McIlroy's lone start as a pro at TPC Harding Park, he won the 2015 WGC-Match Play title, defeating Gary Woodland 4 and 2 in the final match. Woodland, the defending U.S. Open champion, is 60/1 to win the PGA.

McIlroy is also the lone favorite to win a November Masters at Augusta. Despite his shaky history there, he's at even shorter odds of 8/1. Defending champion Tiger Woods checks in at 16/1, the same odds as Justin Thomas and Dustin Johnson:

Perhaps the most intriguing name is Brooks Koepka, who is 14/1 at both the Masters and PGA. Elsewhere, the four-time major winner is as low as 8/1 to win both.

Again, it remains to be seen if any of these events occur, but the proposed schedule has provided welcome discussion on what was supposed to be another boring Monday.