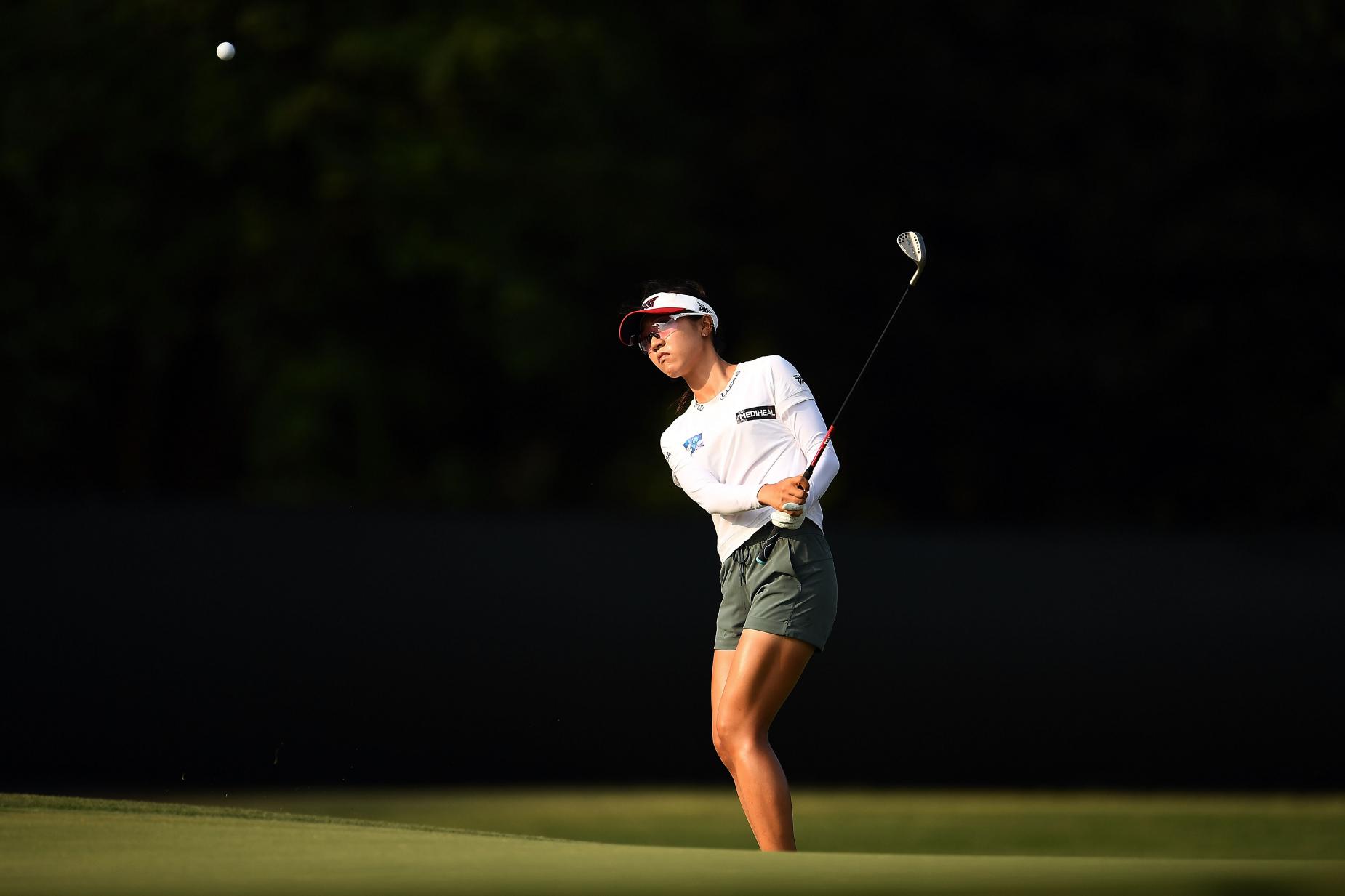 CHARLESTON, SOUTH CAROLINA - MAY 30: Lydia Ko of New Zealand chips to the third green during the first round of the U.S. Women's Open at the Country Club of Charleston on May 30, 2019 in Charleston, South Carolina. (Photo by Stacy Revere/Getty Images)

CHARLESTON, S.C. — Through 64 holes of her eighth U.S. Women's Open, Lydia Ko was having a week to forget. At five over she was well outside the top 40, a position she's finished in in only one of her seven career starts in the event. One bad swing at the incredibly difficult par-3 11th at Country Club of Charleston could have sent her tumbling even further down the leader board on Sunday.

Instead, Ko made one of her best swings of the week, striking a 6-iron from 159 yards and drawing it in to the middle left pin position on the Reverse Redan green. Her ball found the bottom of the cup for a hole-in-one, the second of her career in competition, on a par 3 that has played as the hardest hole of the U.S. Women's Open, with an average field score of 3.4481. Because of the green's enormous false front, Ko had to rely on the cheers from the fans to know it went in.

"It was kind of drawing a little bit more than I was trying to do, but it was drawing," she said. "And I was like just sit, sit, sit. All I wanted to do is just like go somewhere on the green or on grass, and it landed on the green.

"There was a pretty big roar, even as soon as it landed on the green, and I was like, oh, they must be happy or excited. And it was tracking, and I think it almost lipped in. My putts weren't lipping in, so it's good to see my 6 iron lipping in."

Ko's ace gave her a one under total on the 11th hole for the week, something every single player in the field would have signed for on Thursday.

"Started the week, I said, if you shoot even par for all four days on the 11th, you're doing really well, and I think I shot 1 under. So, yeah, that's the best thing I've done this week."

Her first hole-in-one came at the 2016 Olympics in Rio, where she won the silver medal representing New Zealand. Quite a hole-in-one résumé for the 22-year-old.

"This was my second, and it's a pretty cool record is that my first one was at the Olympics in Rio, and then my second one is at the U.S. Women's Open. I'm like maybe I should go for the career Grand Slam holes-in-one or something. My goal is career grand slam. But career grand slam hole-in-one, I don't know if anyone's done that.

"I was telling Jasmine [Suwannapura], my playing partner today, at the Olympics my goal was to not plug it into that front bunker, and it went in the hole. And today I was like just don't go in any of the bunkers. Next time I play a par 3, I'm just going to say don't play it in the bunker, and maybe I'll hole it again. It's a theory."

Ko finished with an even-par 71, her best score of the of the week, and is currently in a six-way tie for 45th. Ko, who was once denied a drink on her 21st birthday because she forgot her ID, bought the entire media center free beer, and enjoyed one herself. The rest of us have to wait, as she smartly pointed out.

"Beer's on me. Maybe beer after the tournament because everyone's supposed to be working right now."