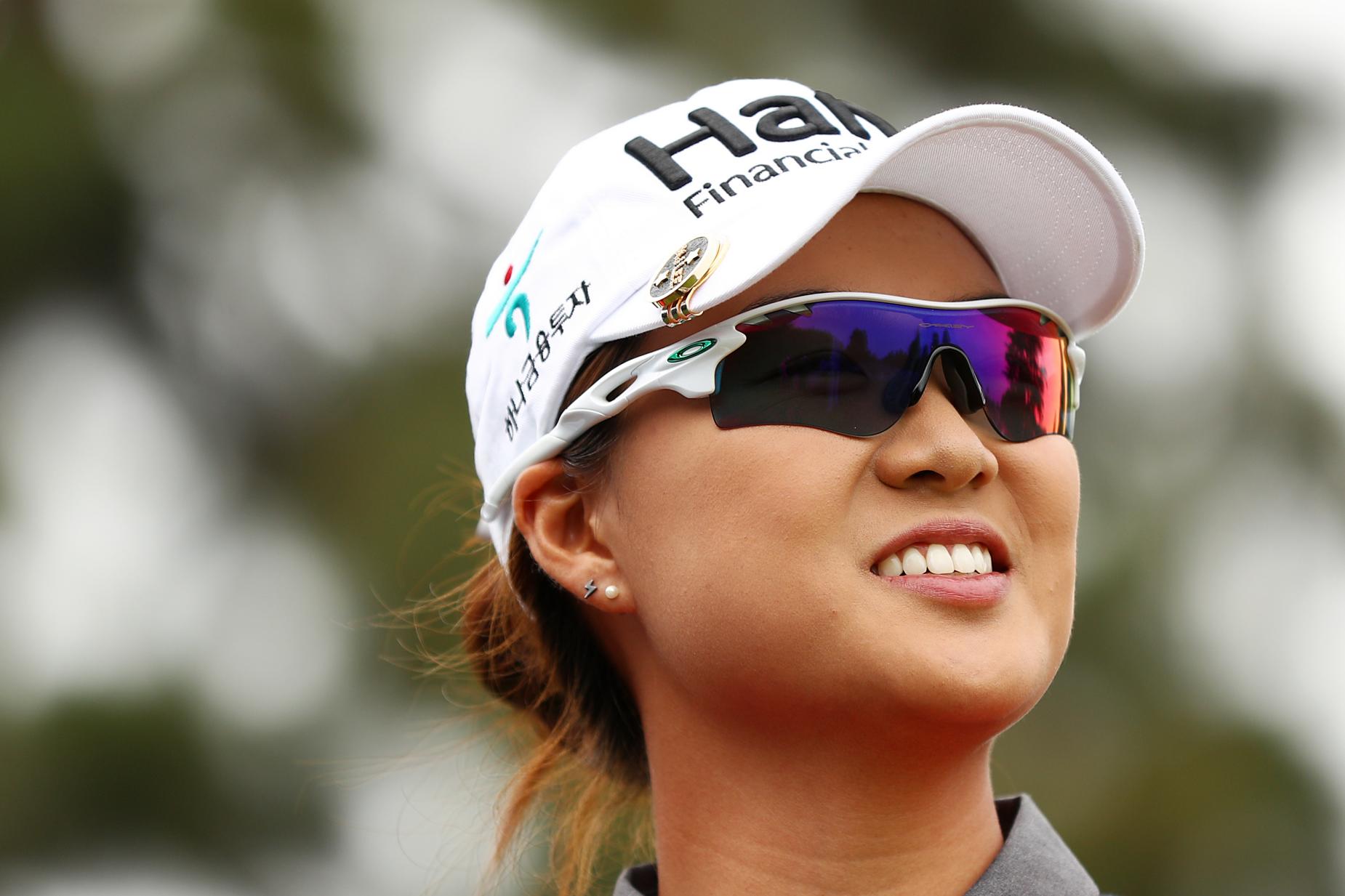 LOS ANGELES, CALIFORNIA - APRIL 28: Minjee Lee of Australia reacts after her shot from the second tee during the final round of the HUGEL-AIR PREMIA LA Open at Wilshire Country Club on April 28, 2019 in Los Angeles, California. (Photo by Yong Teck Lim/Getty Images)

The final hole at the Hugel-Air Premia L.A. Open at Wilshire Country Club is a par 3. Minjee Lee stood on the 18th tee with a three-shot lead, looking down a hole that had seen far more bogeys than birdies on Sunday. She went straight for the pin; it was as if she didn't even see the fattest, safest part of the green. In form with the rest of her day, Lee hit her approach to 18 feet, then made the putt. A decisive end to the 22-year-old Aussie's fifth LPGA victory.

Though the birdie at the 18th and the final score of 14-under 270 to runner-up Sei Young Kim's 10-under made the tournament look a bit like a blowout, there were moments during the final round when it felt a heck of a lot closer. Kim, especially, posed a threat. Turning in 32 and making three straight birdies on the back nine, Kim appeared as if she could make Lee's back nine incredibly stressful. But Kim cooled off, finishing par-par-bogey to open things back up for Lee. Simultaneously, other players were finding more birdies on the course than Lee. Amy Yang shot 64 to finish at eight under. Annie Park's bogey-free 67 had her finishing at nine under.

Lee didn't know what was going on around her for the most part, and to her credit, didn't let it bother her once she realized what was happening.

"I wasn't aware until probably that first par 5 on the back nine," Lee said. "I was just going to carry on playing my own game. I had a couple birdie opportunities coming in, so I didn't get rattled up or anything."

She proved that she couldn't, in fact, be rattled. Lee birdied that par 5 where she became aware of her competitors and finished with four pars in a row, topped off by that birdie at the last. Hitting the green on 18 was the 16th green she had hit on Sunday. And her approach shots weren't the only part of her long game that were dialed in L.A. Throughout the week, Lee average 280 yards off the tee, which is 12 yards longer than her season-long average. 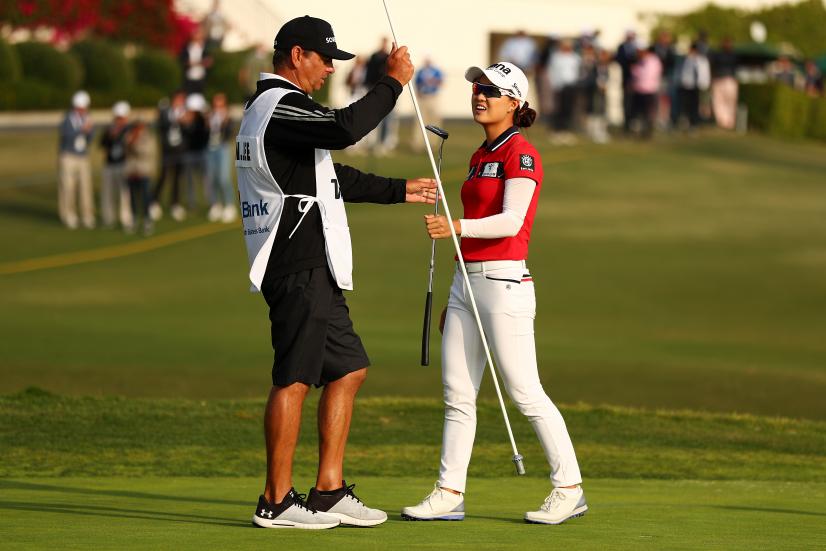 LOS ANGELES, CALIFORNIA - APRIL 27: Minjee Lee of Australia celebrates after her putt on the 18th hole during round three of the HUGEL-AIR PREMIA LA Open at Wilshire Country Club on April 27, 2019 in Los Angeles, California. (Photo by Yong Teck Lim/Getty Images)

Lee isn't a household name in the way Lydia Ko, Lexi Thompson and other tour stars are. But for those who know of her, this first win of 2019 was only a matter of time, and is likely a sign of more victories to come. Now the No. 4 player in the world, Lee already had three top-three finishes so far in 2019, two of which were runners up. Earlier this season she'd passed the $5 million career earnings mark.

This win was more emotional than most for both Lee and her caddie Jason Gilroyed, whose mother is battling cancer.

"This was definitely for Loraine," said Lee after her win. "Hopefully she's proud of me and proud of Jason."

Explore Golf Digest All Access, with more than 30 video series to improve your game