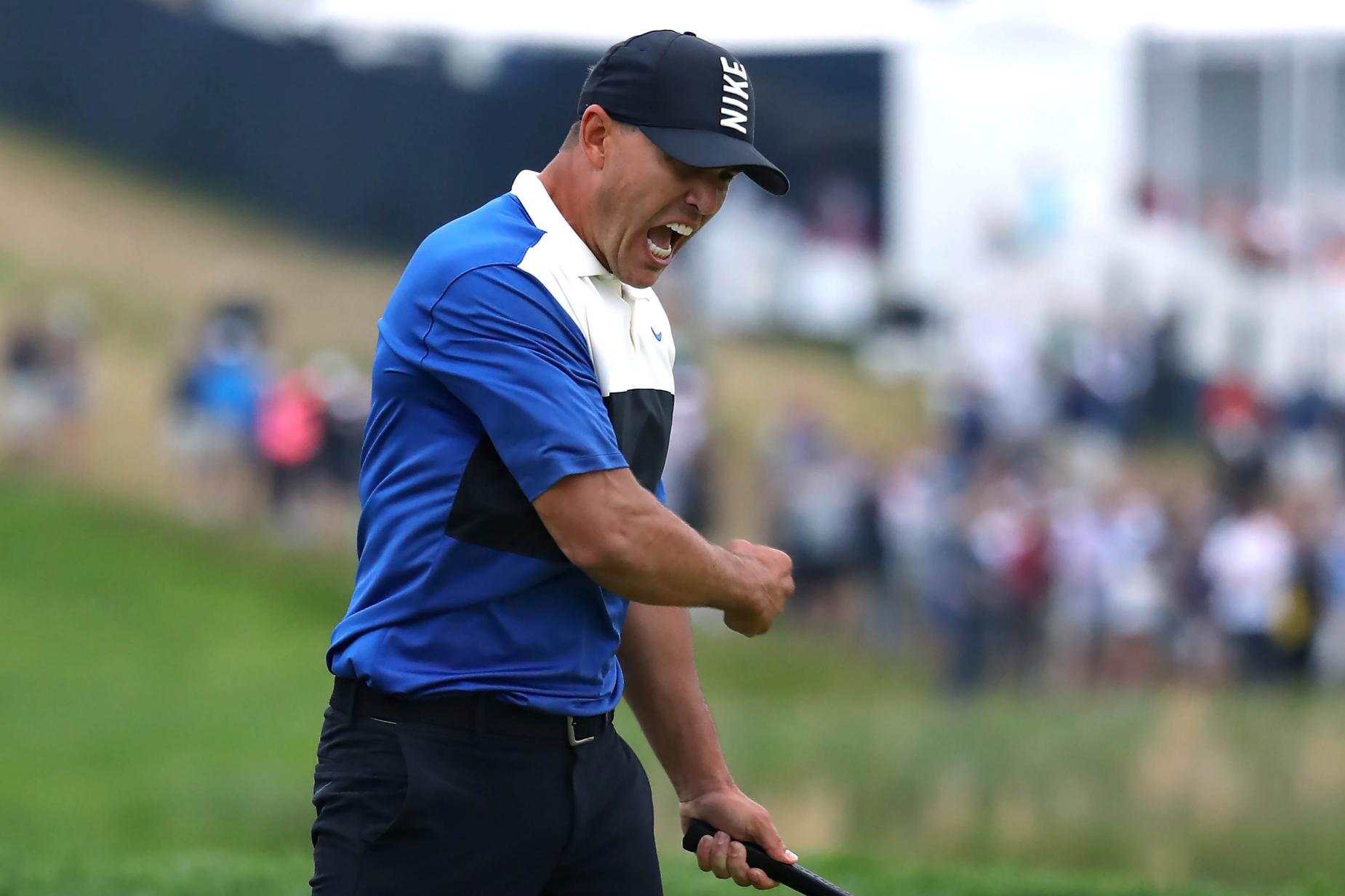 FARMINGDALE, NEW YORK - MAY 19: Brooks Koepka of the United States celebrates winning on the 18th green during the final round of the US PGA Championship at Bethpage Black Golf Course on May 19, 2019 in Farmingdale, United States. (Photo by Warren Little/Getty Images)

Earlier this week, Brooks Koepka dismissed his emerging rivalry with Rory McIlroy in blistering terms that make for tabloid fodder. It was the latest in a series of attention-grabbing statements made by the four-time major winner, whose bravado is the only thing that has seemed to keep up with his game in 2019.

After many of these statements, the focus is on Koepka’s headline-inducing words. Forgotten, though, is the chutzpa behind them, a chutzpa that has been a gift to a sport that’s prone to vanilla-ness. This year, Koepka has brought gall by the wheelbarrow. Consider the following a timeline—and appreciation—of Brooks Koepka’s brashness in 2019.

How it went down: Talking to Golf Monthly, Koepka sounded off on the criticism that surrounded DeChambeau’s pace at the Dubai Desert Classic. “I just don’t understand how it takes a minute and 20 seconds, a minute and 15 to hit a golf ball. It’s not that hard,” Koepka told Golf Monthly’s podcast. “Guys are already so slow it’s kind of embarrassing. I just don’t get why you enforce some things and don’t enforce others.”

Brashness level (1-10): 7. Commenting on another’s pace is against the pro golf’s Omerta (or at least, was). If you’re wondering why slow play became so amplified in 2019, this was the fire starter.

How it went down: During a PGA Championship media tour, Koepka was asked about Garcia’s temper tantrum in the sand at the Saudi International, for which he was disqualified by the European Tour. “Ugh, it’s frustrating as a player to see, to act like that, to disrespect everybody,” Koepka said. “To act like a child out there is not cool. It’s not setting a good example, and it’s not cool to us, showing us no respect or anybody else.”

Brashness level: 5. Few, if any, players publicly chided Garcia’s behavior in the Spaniard’s 20-plus years as a pro … which says more about professional golfers than Koepka.

RELATED: Our biggest mistake with Sergio was expecting anything different

The target: Everyone, American currency.

How it went down: In terms of worn-out topics, the question of Koepka and respect ranks with Justin Thomas and Jordan Spieth’s friendship and “fifth major” arguments. So when a SiriusXM host introduced the subject in a 15-minute interview, there was a universal, palpable eye-roll from everyone in the room (present company included). Except Koepka was more than happy to rehash his beef with, um, everybody? Taking the question and firing this from the chamber: “If certain players had done what I did in 2018, their face would be on a dollar bill.”

Brashness level: 9. 1) Brooks had a phenomenal 2018. Tiger Woods has had like seven such seasons, and pretty sure his mug isn’t on a coin. 2) Better yet, moments later Koepka said the following in another interview about not getting respect: “I think the respect thing is—I don’t want to say blown out of proportion, that I feel like I haven’t gotten the respect I deserve. At times it’s frustrating, but I also understand it, and I’ve just tried to get on with it.” I think about this exchange at least three times a week.

How it went down: Following a string of so-so rounds, Koepka chalks up his performance to a massive weight loss. “When you go from 212 pounds to 190, there’s not as much weight going forward through the ball,” he said. “I don’t have as much feel. I just feel out of sorts.” The reason for the slim down is an alleged magazine shoot, which would come to fruition in ESPN’s Body issue. Koepka says the sacrifice has been worth it, that it’s “only four months of my career.”

Brashness level: 7. Focus on the decision, not the explanation. The man was willing to put a heater—one of the hottest the sport’s seen in a decade—on hold for a vanity shoot. That, my friends, is audacity. 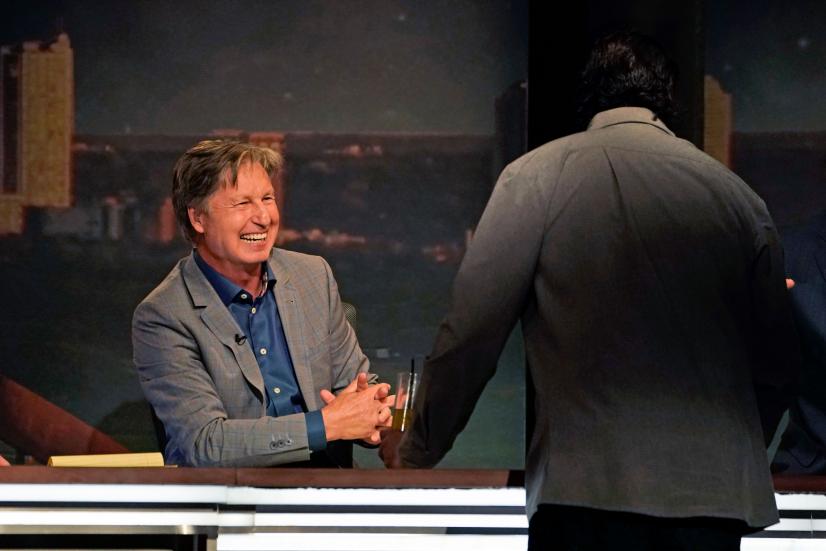 How it went down: The outspoken Golf Chanel analyst comes in with the #HotTake of the year, attempting to make the case that Koepka isn’t tough enough to win the Masters after Round 1 at Augusta National. Koepka, who finishes Friday tied for the lead, responds, “I think I’ve proven that with three trophies.”

Brashness level: 3. Great comeback, but Chamblee went full Stephen A. Smith on this. The comment was so outlandish that it nearly gave poor Rich Lerner an aneurism.

How it went down: Chamblee appears to besuffering temporary amnesia, as he leaves Brooks off a best-player-in-the-world discussion. Forcing Brooks to post the following on Twitter:

Brashness level: 2. Funny, but Chamblee essentially provided Koepka the stepladder to be dunked on.

How it went down: Speaking at Bethpage before the PGA Championship, Koepka asserted his belief when it comes to major championships: “I think sometimes the majors are the easiest ones to win. Half the people shoot themselves out of it, and mentally I know I can beat most of them, and then from there it’s those guys left, who’s going to play good and who can win.”

Brashness level: 8. He basically called 80 percent of his competition weak or inferior, and called the hardest thing to do in golf—climb the mountain that is a major championship title—a cake walk. Would be a full 10, but he nearly had an epic collapse on Sunday that had fans chanting against him.

The target: Denies girlfriend a kiss.

How it went down: Let’s go to the tape.

Brashness level: 15. Save your club twirls and walk-in putts. A man denying a model not once but twice is the power move to end all power moves.

How it went down: Koepka’s pre-tournament presser at Pebble Beach wasn’t so much an interview as it was a fireworks display. Regarding FOX Sports, which left Koepka—the No. 1 player in the world and two-time defending U.S. Open champ—out of one of its U.S. Open promos: “I actually didn’t see it for a long time. A bunch of people on Twitter I think tagged me in it, in the promo. And I guess [they] were amazed that I wasn’t in it. I just clicked on the link and saw it and watched it. Just kind of shocked. They’ve had over a year to kind of put it out. So I don’t know. Somebody probably got fired over it or should [laughter].” For what it’s worth, FOX featured Koepka in three of its four promos.

Brashness level: 4. We know the man uses slights as subsistence, but he loses points for fabricating/overblowing the FOX narrative. That said, calling out your competition in two consecutive majors is brazen.

How it went down: Koepka couldn’t hide his disgust at Holmes’ pace during the final round of the Open.

Brashness level: 7. Koepka took it easy on Holmes in his post-round comments—chalk that up to J.B. stumbling to an 87—but a “picture is worth a thousand words” and so forth. Mentioned above, calling out a fellow player’s pace of play is taboo. But public sentiment had turned so loudly against Holmes and slow play that Koepka’s head-shake wasn’t so much a spur as it was evidence of the issue.

How it went down: With the Holmes matter still fresh, Koepka opened up on the tour’s pace of play at the Northern Trust. “I think it’s just gotten out of hand,” Koepka said at Liberty National. “It seems now that there are so many sports psychologists and everybody telling everybody that they can’t hit it until they’re ready; that you have to fully process everything. I mean, I take 15 seconds and go, and I’ve done all right. So I don’t understand why they’re taking a minute and a half.”

Brashness level: 8. In itself, nothing too combative. But when DeChambeau was ridiculed for a series of slow-play incidents later that week, DeChambeau believed Koepka was the catalyst for the backlash, leading to a confrontation on the driving range. Yes, we are still talking about golf, not a WWE pay-per-view event. 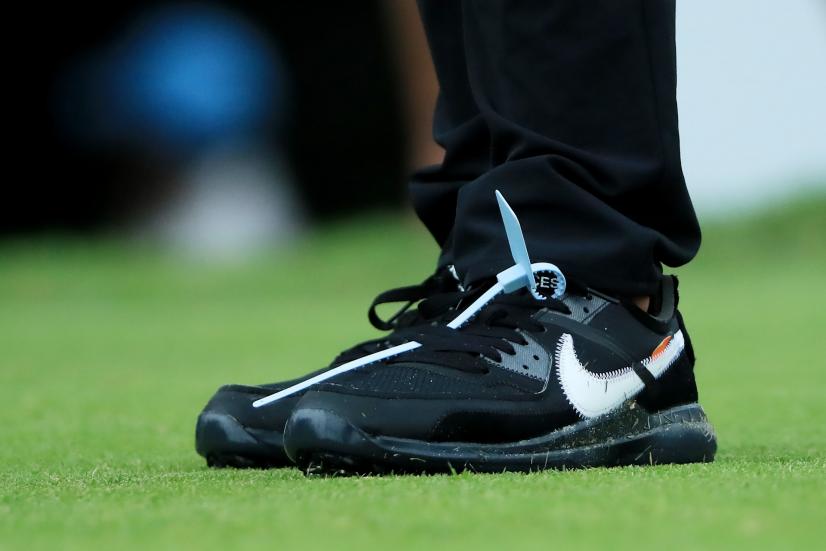 ATLANTA, GEORGIA - AUGUST 25: A detail of the shoes of Brooks Koepka of the United States during the continuation of the weather delayed third round of the TOUR Championship at East Lake Golf Club on August 25, 2019 in Atlanta, Georgia. (Photo by Sam Greenwood/Getty Images)

How it went down: Koepka was wearing a shoe-tie that looked like something the dentist shoves in your mouth at the Tour Championship. This exchange between Koepka and the media deserves its own display at a museum.

Q. I’ve got two kids.
BROOKS KOEPKA: I don’t know how to explain it. It’s Off-White. It’s fashion. I guarantee the whole golf world has no clue what Off-White is, but it’s fresh. If you’re a sneaker head, you’ll get it—or into fashion. Sneaker heads know, yeah.

Brashness level: 6. It takes nerve to play a round of golf with a fork in your shoes and make everyone feel like an idiot for wondering why.

How it went down: Addressing his shocking loss of the PGA Tour’s Player of the Year vote to McIlroy, Koepka said, “I think everyone in the room knows LeBron James has only won four MVPs, but I’m pretty sure he’s been the best player for more than four years.”

Brashness level: 8. We understand the sentiment, and to claim anyone else is better than Brooks at the moment is heresy. But he’s held that position for two years; LeBron’s been on the throne for a decade-plus.

How it went down: Asked his thoughts about the budding “rivalry” between he and Rory, Koepka proceeded to suplex that notion to shreds. “I’ve been out here for, what, five years. Rory hasn’t won a major since I’ve been on the PGA Tour,” Koepka told AFP ahead of this week’s CJ Cup @ Nine Bridges, where Koepka is defending his title. “So I just don’t view it as a rivalry.”

Brashness level: SYSTEM OVERLOAD. To dismiss an opponent by exposing the very doubts that cloud him … damn, that is cold. In a related note, the 2020 Ryder Cup ticket system went down hours after these comments. The heck with the Presidents Cup. Give us Whistling Straits next week, commencing with a Rory-Brooks singles match.